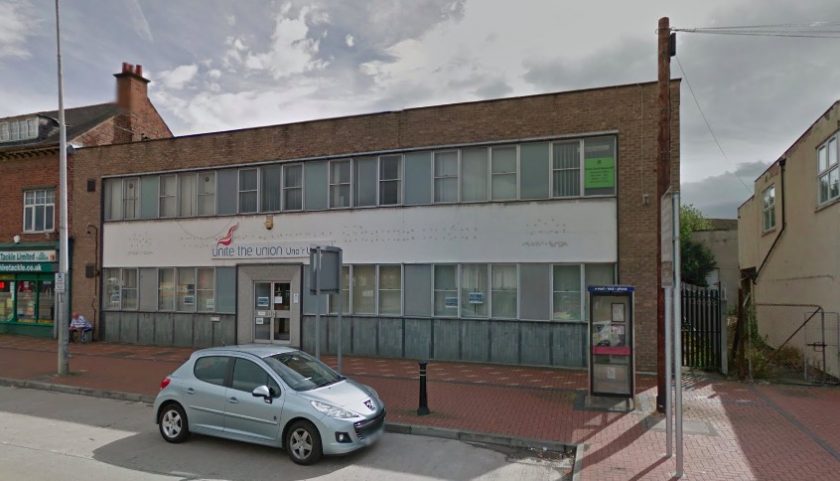 Plans have been submitted to convert a large office building into a 20-bedroom house of multiple occupation (HMO).
Revive Property Limited has entered an application to change the use of the former Unite the Union district office on Chester Street in Flint.

Flint Castle councillor Ian Roberts, whose ward the proposals fall within, said he felt that turning the offices into an HMO would be inappropriate but he would not be drawn further.

It comes after concerns have been raised that Flintshire Council has no policy to deal with such applications following approval being granted to convert a home on Bridge Street in Shotton into a six-bedroom HMO.

He said: “I don’t think I’m going to be under any illusions here, but this application has caused a lot of concern for residents in Bridge Street.

“It is one that was mostly family homes, changing to an increasingly transient and displaced community.

“However, I am aware of the fact that as a local authority we do not have a policy in regard to this.”

Meanwhile, Cllr Kevin Hughes said: “I am absolutely sick and tired of these applications.

“They are undoubtedly changing the character of towns like Shotton and it’s a shame that we can’t do anything about it, but without a policy we’re struggling.”

Cllr Chris Bithell, cabinet member for planning and public protection, said a strategy group would be looking at the issue which would be addressed within the council’s Local Development Plan.

The group has previously met with authorities in Cardiff, Swansea and Aberystwyth to see what measures they have in place.
He said: “We have no policy and that needs to be addressed and will be addressed.

“I think it’s important to note that whatever we think about HMOs they are providing a particular service to the community because there is a need for accommodation.

“It does actually provide a service for single people who are finding great difficulty in finding accommodation for themselves and I don’t think we should lose sight of that.”