A German company wants to build an ‘Energy Centre’ in Flintshire capable of generating heat and energy from “non-hazardous commercial and industrial waste” such as cables and wind turbine blades.

Agents acting on behalf of waste to energy firm Wersa, have submitted a request for an environmental impact assessment (EIA) screening opinion to Flintshire County Council for the development on land within Warwick Chemicals at Mostyn Docks.

Pyrolysis, is also called dry distillation, thermal decomposition or carbonisation, which refers to the process of heating the organic matter in the absence of oxygen and making it decomposition.

According to documents submitted by St Asaph based agents Caulmert: “The proposed Energy Centre would utilise non-hazardous commercial and industrial waste as the feedstock.

This would include, “household cables, cable insulation, wind turbine blades and non-recyclable plastic, and would generate both electricity and heat.”

The document also says: “The site of the proposed development is located within the existing Warwick Chemicals/Lubrizol site and comprises an area of existing hard standing and an existing warehouse building: in total the site area is approximately 1.5ha.”

It notes that, “construction works associated with the development would be similar to those granted in a previous planning application in 2014.”

“That was for a combined heat and power biomass plant which was given permission by planners however it wasn’t built and the application expired.” 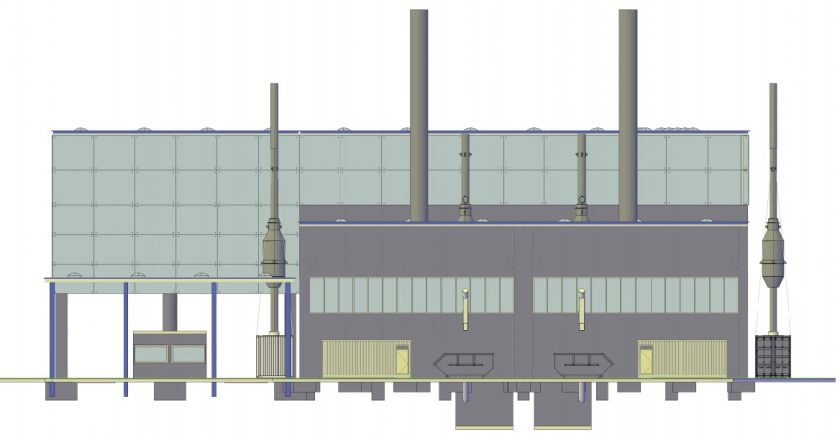 The planned Energy Centre will be able to process up to 72 tonnes of “non-hazardous feedstock” per day, with a combined maximum capacity of 26,280 tonnes per year.

The pyrolysis process generates syngas (synthetic) and heat, the gas would be used in gas engines to generate electricity.

The electricity and heat would be used on-site at Warwick Chemicals (Lubrizol) and “any surplus electricity would be exported to the grid.”

“It is envisaged that the proposed development would produce approximately 2MW of electricity along with thermal heat.”

“In addition, the pyrolysis process would produce a char which can be used in road construction and brick production.” Documents state.

It goes onto note the nearest residential area to the site is Rhewl Mostyn with properties on Wirral View and Dock Road are the closest at approximately 115 metres.

“The extent of any potential impacts arising from the proposed development will be localised, in terms of both the geographical area and the size of population likely to be affected.” The document says.

“Impacts of the proposed development are “likely to relate, primarily, to air quality, ecology and flood risk.”

“Pyrolysis is a clean process when compared with other incineration technology, which in turn enables limited air quality impacts.”

The Planning Authority is seeking comments from organisations on the application and they can be made up to April 16.