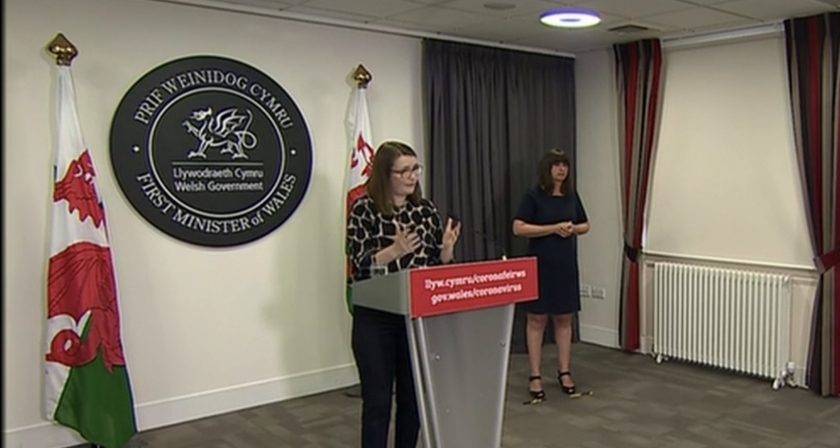 Over five and a half million lateral flow (LFT) tests will have been sent to schools and education settings across Wales by the end of the week.

Older secondary school students are being asked to carry out the twice weekly asymptomatic tests, which can provide a result within 30 minutes, when they return to school from March 15.

In a written statement issued last month, Education Minister Kirsty Williams and Health Minister Vaughan Gething said although there is “no evidence to suggest widespread transmission”, they would be offering tests to older secondary school students and all “FE college learners and learners on work-based Apprenticeship and Traineeship programmes.”

Their use for all staff in all registered childcare settings including Flying Start settings, schools and further education settings, was announced by Education Minister Kirsty Williams last month as part of the phased return of primary schools.

All upper secondary school and all Further Education (FE) learners will be able to access LFDs to undertake regular twice weekly asymptomatic testing.

The Welsh Government say that anyone who tests positive using a LFT:

Speaking at Monday’s Welsh Government briefing, Ms Williams said that more than five and a half million of the tests will have been sent to education settings across Wales by the end of the week.

She said: “We all know that it’s been a tough 12 months for young people, being away from their friends and adjusting to studying at home.

” I have seen terrific work that schools and colleges have done to ensure that learning has continued, while putting in place preparations so that the return of learners is safe, and the return to the classroom is as smooth as possible.

“I’m so very grateful for school, college and local authority staff for also embrace embracing the testing programme in our schools.

“By the end of this week more than five and a half million lateral flow tests will have been distributed distributed to schools, colleges and childcare settings across Wales, which will be an important measure to provide further assurance at this time.”

Asked whether she could guarantee that all students in years 10 to 13 would be offered the home testing kits, the minister said she is “confident that the testing kits that will be required will be distributed to our settings”.

She continued: “We would encourage parents and students to undertake these tests at home, giving them greater levels of assurance.

“But throughout this pandemic The Welsh public has shown an absolute determination to do everything that they can to keep themselves, their loved ones and their communities safe.

“I’m really hopeful that parents and students themselves will see this as another way and another expression of their commitment to tackling this disease by undertaking these tests, keeping themselves, their colleagues and their community safe.”

Last week we asked Wrexham Council about the process of testing in schools, with Welsh Government saying extra money is being provided to allow lateral flow testing and masks.

Wrexham Council’s Chief Executive said that was being dealt with direct with schools: “There has been test packs received by schools and early years settings, so that they’re being used at the moment.

“We don’t get in the middle as a council in relation to that, our key role is around making sure that risk assessments are updated, in light of the fact that those additional resources are being provided and making sure schools are in a position to safely reopen.”

Council Leader Mark Pritchard added: “The costs have been met by the Welsh Government, which is good, and I would like to thank them for that.

“The individuals who are employed in the schools, teachers, teaching assistants, support staff, they have been given testing kits and self testing twice a week. So that is happening as we speak, and that’s good news.”