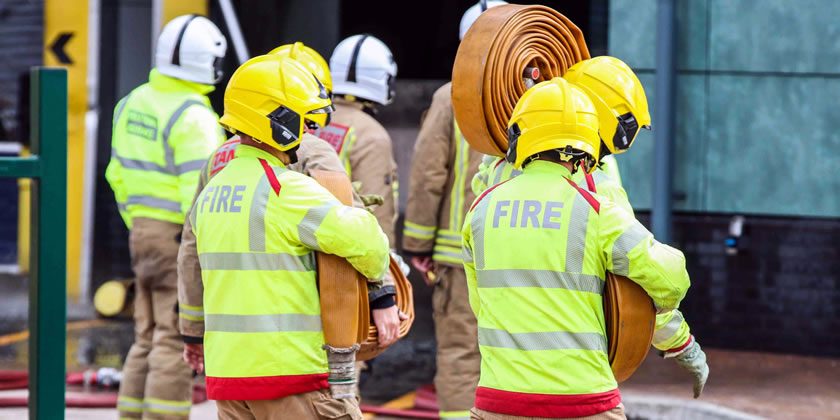 A fire chief has sanctioned a review into his service’s promotion processes after a controversial report said there weren’t enough people of sufficient “quality” to permanently appoint.

The announcement was made after operational staff told a union they felt “insulted” by the study into firefighter “Future Leader” apprentices, which was shared with executive panel members last week.

The report said the three-year scheme would give apprentices “an increased potential to progress beyond the firefighter role and into supervisory, middle and senior manager positions”.

It also said “a reduction in the quality of candidates applying for promotion has led to an inability to permanently appoint” from within the ranks, in sufficient numbers.

The report said North Wales Fire and Rescue Service  (NWFRS) had tried to prepare staff by holding “masterclasses” for those “engaging with promotional processes”.

NWFRS chief officer Simon Smith said the study “was not intended in any way to insult existing staff” or imply those applying for promotion “lacked in quality and numbers”.

More than 50% of the service’s operational managers are in temporary roles, despite having satisfied national competencies – some for up to four years and up to three grades higher than their permanently contracted jobs.

Staff argued many in those roles had passed nationally recognised qualifications but were being overlooked for permanent managerial positions.

Many serving and former personnel of NWFRS contacted the Local Democracy Reporting Service (LDRS) to voice anger over what they saw as a slight on the ability of serving firefighters.

After having emergency meetings with concerned staff chief fire officer (CFO) Smith struck a conciliatory tone and pledged to work with unions.

He said: “I feel it is important to stress a paper presented at a recent meeting of the Fire Authority’s Executive Panel regarding our Future Leader Apprenticeship opportunities was not intended in any way to insult existing staff or imply members of the service applying for promotion lacked in quality and numbers.

“In fact, in the last two years, more staff have engaged in the promotion process.”

He added: “We have been looking into the issues raised by FBU members recently – and this has involved meeting and corresponding with members of staff as well as with FBU representatives, to listen and to gain a better understanding of everyone’s concerns.

“It is really positive together we can address the concerns raised and work to improve the policies we have in place.”

It is believed the review will be conducted by someone outside the North Wales service and will aim to improve the “consistency and transparency” of the process and recognise the “valuable skills and contribution of staff”.

The move has been mutually agreed with lead officials of the North Wales branch of the Fire Brigades Union.

In a statement it said: “Working together collaboratively with senior managers is crucial in achieving a constructive way forward for the organisation as a whole.

“We have listened to the concerns raised by staff and look forward to working in partnership to bring about these changes and improvements, building on the positive progress already achieved over recent months. We are committed to starting on this work immediately.”

Whistleblowers contacted the LDRS to say the organisation needed a “cultural review” of practices within the service and one said today he hoped the study into promotions would “look into that as well”.