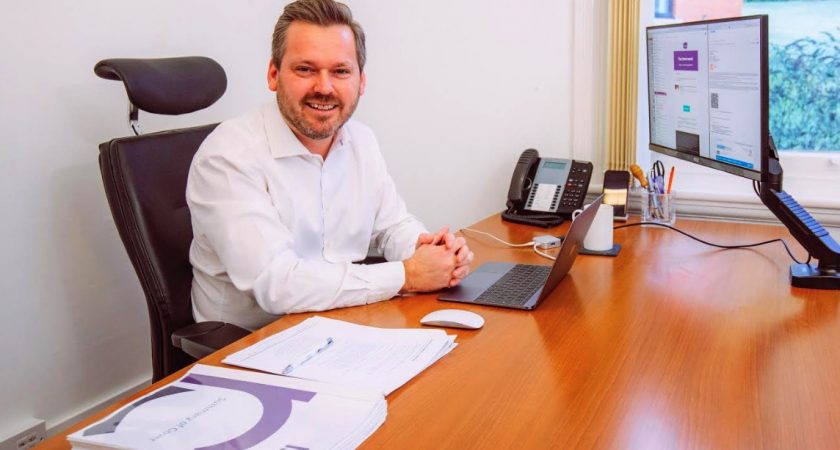 Credent Commercial Insurance has warned businesses to be extra vigilant after a huge rise in the number of cyber-attacks.

New figures from internet service provider Beaming revealed UK companies were forced to repel a staggering 66 attacks per hour on average in 2019.

And the Government’s Cyber Security Breaches Survey last year showed just 11% of firms have purchased specific cyber insurance policies, while 15% had considered cyber insurance, but not invested in it.

“The rise has been quite alarming, with cyber criminals using an incredible number of different ways to try and penetrate IT systems,” said Niel.

“The costs of trying to piece a business together after an attack are far greater than initially seeking out any issues and putting systems right, especially loss of revenue from disturbed trading and the possibility of claims by a third party affected by a security breach.”

Methods as unusual as using a connected tropical fish tank as an entry point to mount a cyber-attack are among those reported by security companies.

Significant international names have been hard hit in recent years, namely Equifax, which suffered data theft from 143million customers, and the WannaCry ransomware attack in 2017, which affected up to 300,000 computers in 150 countries.

“Most business leaders, particularly at the smaller end of the spectrum, still don’t recognise the threat or incorrectly assume that their broadband router and antivirus systems will be sufficient to keep them safe,” she said.

FSB Policy and Advocacy Chairman Martin McTague added: “More small firms are waking up to the threat of cybercrime. It’s a threat that’s evolving rapidly, but too many small businesses still lack access to the resources and budgets needed to contain it.”

Insurance brokers are trying to ensure their clients avoid tell-tale signs of an IT infection by strengthening passwords, being vigilant to the threat of phishing emails and SMS messages with malware-ridden attachments and links that can bring down a system within minutes.

Niel said anyone with concerns should contact Credent, and added: “Companies must engage staff in robust cyber security programmes, ensuring they are prompted to think before clicking on a link, hover over an email address before trusting it and be dubious about requests from managers requesting big money transfers into their account.

“Cyber insurance has a value beyond repairing the damage done to infected systems, or financing website rebuilds.

“It can help deliver access to specialist expertise, ensure key elements of protection exist and better manage a business’s overall cyber risk. After a broker’s assessment, key strategies can be employed, to avoid a business becoming yet another cyber statistic.”