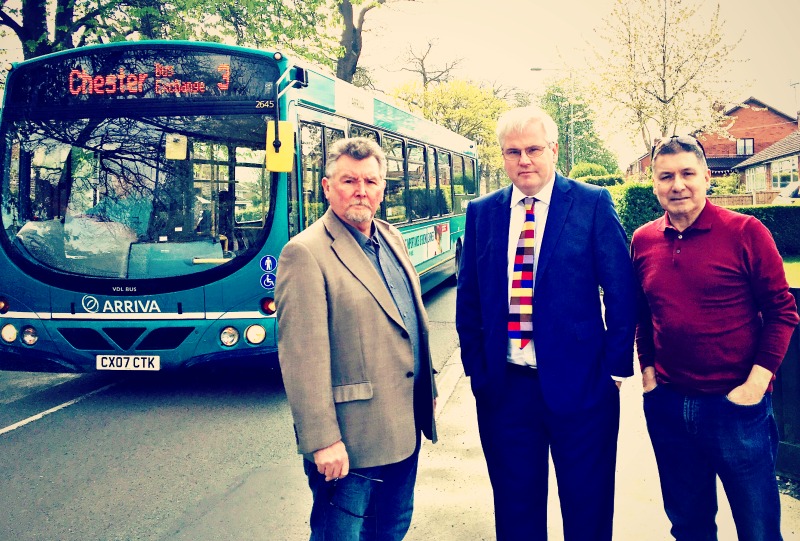 Alyn and Deeside MP Mark Tami says he has taken up concerns raised to him by angry Broughton residents over changes to a bus timetable.

The number three Arriva bus service running between Chester and Mold, through Broughton and Penyffordd, recently changed from half-hourly to hourly.

The German owned bus company said the change was a measure they had to do to save costs.

Residents are angry because the service does not follow any regular timetable with buses coming at different times every hour.

The MP has written to Arriva raising concerns and has asked them to explain why the route follows no particular pattern.

Mark Tami said: “During the recent by-election I was out a lot over the past month speaking to residents and this issue came up an awful lot on the doorstep.

“There were a lot of people in Broughton angry as they are not sure exactly when the bus is due. And with the timetables sometimes not up to date this means they can be waiting there the best part of an hour.

“This is of course not good enough. I have therefore written to Arriva highlighting this issue asking them to explain why there is no logic to the current timetable and also if there is any possibility of regularising the route.”