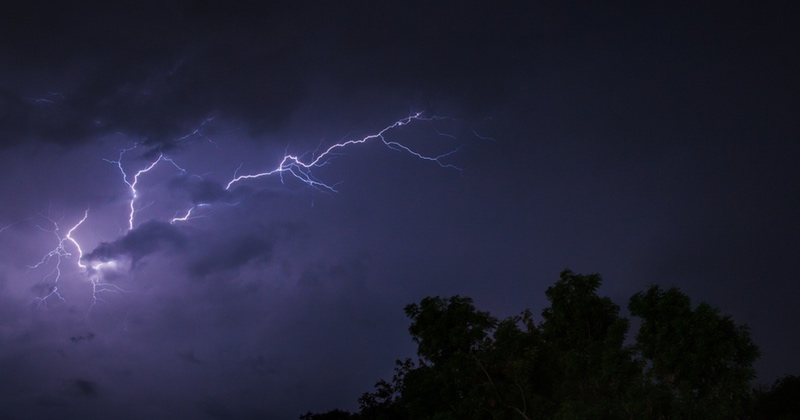 A yellow weather warning for thunderstorms across north Wales has been extended into next week.

It comes as temperatures have soared across the UK over the last few days. Locally Deeside has seen highs of 30ºC over the last 48 hours.

An initial warning for thunder and lightning had initially been in place until Thursday, however the renewed warning is now in place until midnight on Monday.

The Met Office also say there is risk of impacts from heavy rain, flash flooding, lightning and hail.

Chief Meteorologist Paul Gundersen says; “Today warnings cover much of England, away from the east coast, Wales and parts of Scotland.

“The storms will be isolated but where they happen there will be frequent lightning, gusty winds and intense, heavy downpours with 30 to 40mm of rain possible in less than an hour and, in isolated spots, a small chance of 60 mm falling.

“With the continuing hot weather large swathes of the UK continue to be at risk from thunderstorms and potentially the impacts from heavy rain, into the early part of next week.”

The heatwave conditions are set to continue until the end of the week, when temperatures will start to return to normal for the time of year.

The highest temperature on record for the UK was 38.7C recorded at Cambridge Botanic Garden on the 25th July last year, while the hottest August day on record is 38.5C recorded at Faversham on 10th August 2003).