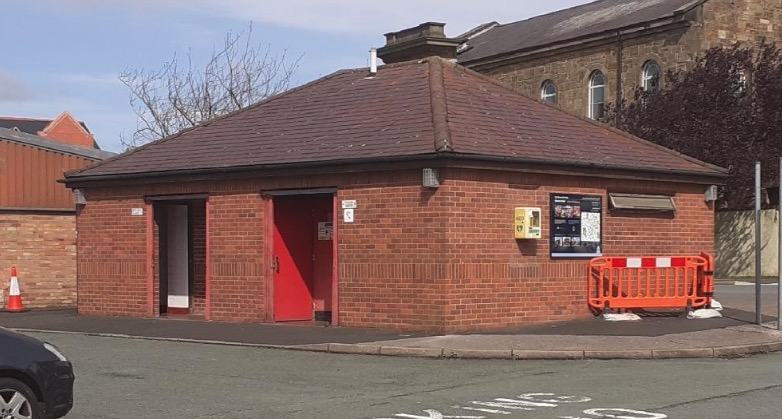 Senior councillors are set to back plans to demolish a block of public toilets in Mold which will make way for more car park spaces.

Since 2012, Flintshire Council has undertaken two separate reviews of toilet provision across the County.

The reviews highlighted that isolated facilities regularly attracted anti-social behaviour, which puts people off using them.

As a result, the council adopted a more “enabling approach” by promoting the use of existing toilets in council buildings, such as libraries and Connects Centres which people feel more confident and comfortable using.

Flintshire Council has also transferred some facilities into the ownership of community groups in a bid to save cash.

Following the latest review, the council decided it would create one single high-quality public convenience in Mold at the bus station.

The upgraded facilities will support the council’s aspirations for the Transport Hub which is being developed at the site.

The Town and County councils have been working on the project and have designed a plan to improve the facility in King Street Bus Station.

The plan includes extending the parking availability at the county council operated New Street pay and display car park, “facilitated by the demolition of the existing public convenience facility.”

“This project will see the existing King Street toilet facility upgraded to a high standard.  The Council is also promoting the use existing toilets in Council buildings, such as libraries and Connects Centres, which people feel more confident and comfortable using.

“The New Street toilet block will make way for the redesign and resurfacing of New Street car park to accommodate a further 15 spaces, including two electric car charging points.”

Flintshire’s Cabinet members will be asked to approve the upgrade when it meets on 18 February.

If approved, the scheme will be subjected to public consultation exercise and further discussions will be held with the bus operators operating from Mold bus station.