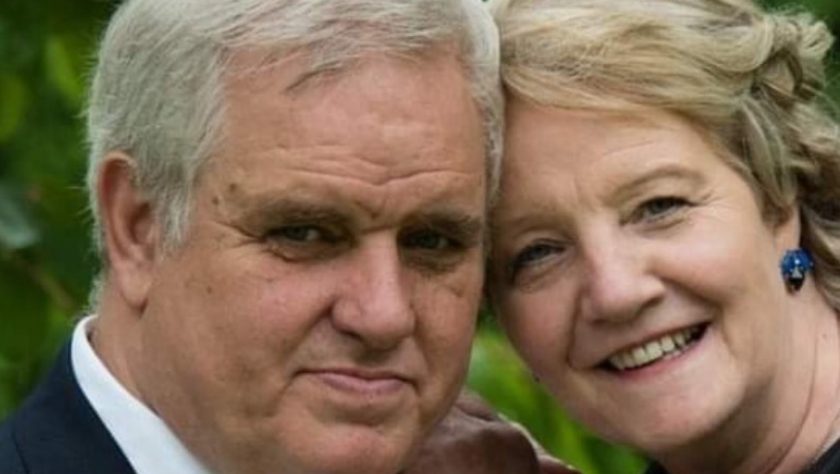 A minute’s applause has been held in memory of a popular Flintshire councillor who died following a battle against Covid-19.

Kevin Hughes, from Gwernymynydd, died last week at Wrexham Maelor Hospital, where he was admitted after testing positive for the virus in December.

Tributes have poured in for the former police officer and journalist, who was 63 and leaves wife, Sally, sons Chris, Steve and Andy, and seven grandchildren.

His colleagues at Flintshire Council joined together in remembering him by holding a minute’s applause before an online meeting this morning (Tuesday,  January 12).

Rosetta Dolphin, chair of the environment and economy scrutiny committee, described Cllr Hughes as a “doer”.

She also read out an e-mail he sent to other councillors in December, urging people to stick to the coronavirus regulations and stay safe.

She said: “Members will be aware that our friend and colleague, Kevin Hughes, passed away on Friday morning. He had been ill with Covid since Christmas.

“We all recall his email on the first of December, and it would be wrong not to reiterate his advice to us now.

“In Kevin’s own words: ‘I just want to ask every member and every officer to remind the residents of Flintshire not to drop their guard and to comply at all times with the Covid regulations. Please observe them and think before you act.’

“I think those words couldn’t be more relevant than they are today and there will be an opportunity at the council meeting on the 26th of January for us all to pay tribute to Kevin.

“But for now, what I would like to do today is to remember Kevin with a round of applause because he was not a man to sit back, he was a doer.”

Cllr Hughes’s death came less than three weeks after he delivered a plea from his hospital bed for people to observe social distancing rules during the Christmas period.

His mother, June Margaret Hughes, 89, also lost her life to the virus on November 25 at the Countess of Chester Hospital.

Cllr Hughes joined the council in 2017 and his colleagues have remembered him as a talented photographer, who recently documented the demolition of parts of its HQ at County Hall in Mold.

The council said the archive of pictures would form one of many lasting tributes to him.

Speaking last week, council leader Ian Roberts said: “I knew Kevin as a very special person and friend who will be very sadly missed by all.

“His contribution as a councillor has been considerable and he was highly respected by his community, members of the council and officers.”