A494 All lanes back at Drone Corner following earlier collision. 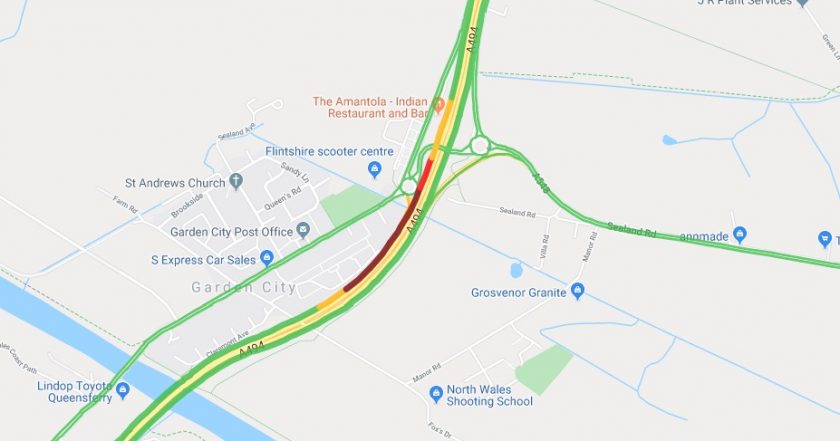 Update: Slow traffic due to accident, now on the shoulder on A494 eastbound at Drome Corner.

Cameras show lanes one and two (of three) were closed until around 3pm.

All lanes have been re-opened.

Earlier Report: Two lanes are closed on the A494 eastbound at Drome Corner following a collision.

Police are on the scene, traffic is building up along the road back towards Queensferry.

“Two lanes closed and slow traffic due to accident on A494 Northbound (eastbound but they always get it wrong) at A548 (Drome Corner).

Cameras show lanes one and two (of three) are closed.”

“A494 Eastbound after Garden City. 2 lanes closed due to RTC. Police and Traffic Officers on scene. Please take care when travelling through area.”