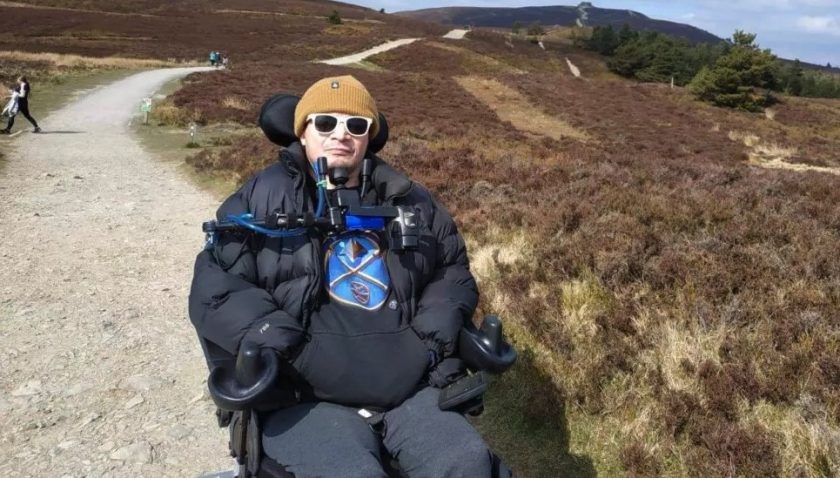 A Flintshire man has vowed to pay back the flying medics who saved his life by completing a 100-mile journey in his wheelchair in just 23 days!

Inspirational Mark Steene, who operates his wheelchair with his chin, is currently taking part in his Wheelchair Tour de North Wales challenge, with support from his friends and carers, in the hope of raising £100,000 for the Wales Air Ambulance.

Five years ago, Mark had trained for 8 months to compete in a charity Tour de France challenge. Just days before he was due to start, Mark was involved in a serious accident which left him quadriplegic.

Mark’s life was saved after he was airlifted from the scene of the accident to Royal Stoke University Hospital by the Wales Air Ambulance and he later underwent numerous operations. The flying medics who attended Mark on that day were John Adams and Andrew Williams, supported by Greg Browning on the Air Support Desk. 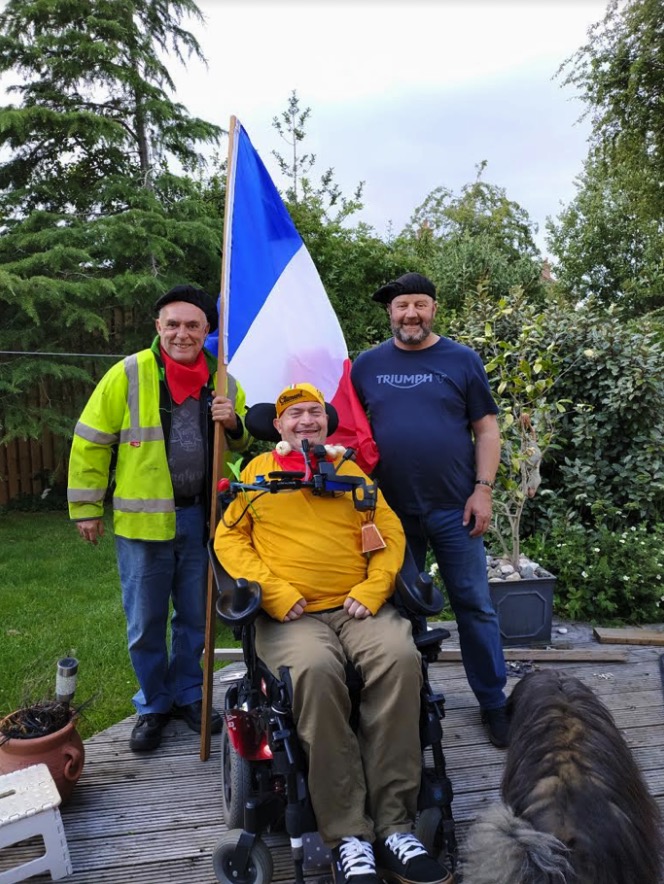 Mark and friends during his challenge

Despite his disability determined Mark, from Llanfynydd, Flintshire wants to finish what he set out to complete. He said: “After 10 months in hospital, three cardiac arrests and seven major operations trying to repair my mind and body, I feel ready to start repaying the Wales Air Ambulance.

“Five years ago, I was going to start cycling the full 2088 miles of the Tour de France in 23 days. Then the accident occurred which delayed things, until now! Me, and my trusty chin-controlled wheelchair, are going to finally lay this ghost to bed!”

During the Wheelchair Tour de North Wales, Mark’s journey includes meeting up with Neil Smith who came to his aid after his accident.

Mark said: “Neil is an ace guy. He was out for a motorbike ride when he came across me lying in the road. As well as getting an ambulance and helicopter, he lay down, cheek on the tarmac, next to me when I was needing a friendly face and ear. Just what I needed.” 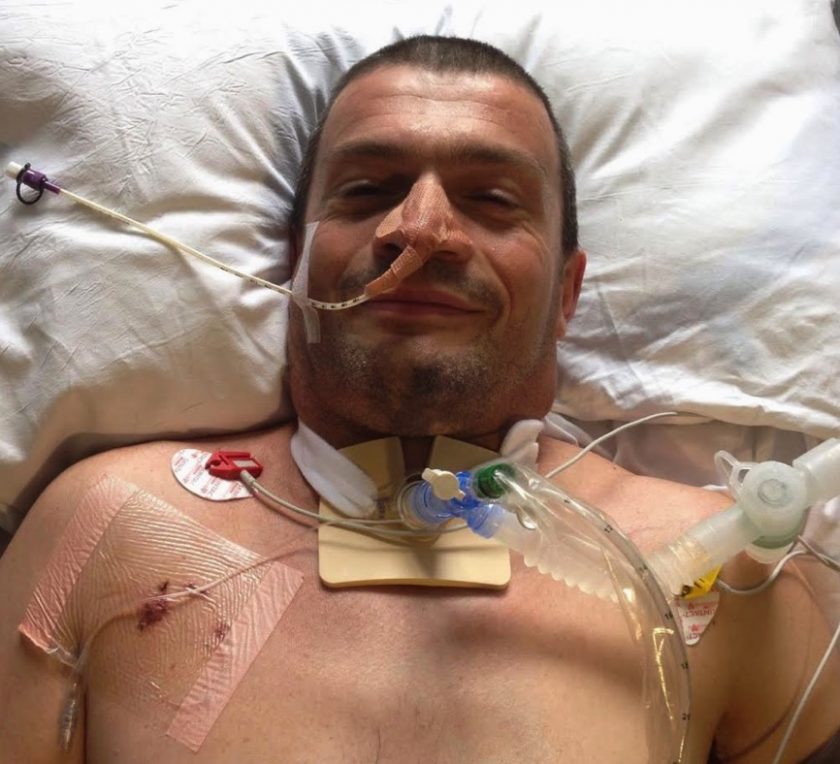 Lynne Garlick, the Charity’s North Wales Fundraising Manager, said: “Mark is a true inspiration. He has been through so much during the last five years and has shown so much determination and strength. To have experienced a life-changing incident and still be focused on raising money to help others just shows what type of person Mark is.

Mark has so far raised £6,473. You can show your support by sponsoring him via his fundraising page here https://www.walesairambulance.com/Fundraisers/air-tastes-beautiful