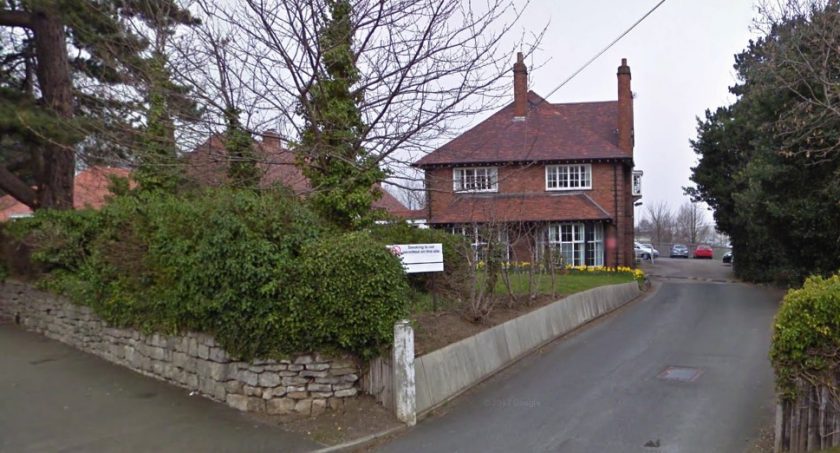 A former community hospital which was badly damaged in an arson attack could be demolished to make way for a new care home.

Flint Cottage Hospital closed its doors in August 2013 after serving the town for more than a century, despite protests to try and keep it open.

The building has remained empty ever since and been ravaged by fire on a number of occasions, most recently in November last year, when significant damage was caused.

ItвАЩs now been revealed that Flintshire Council is preparing to step in to secure the future of the site¬†by taking ownership from Betsi Cadwaladr University Health Board.

It is proposing to build a care home on the land once itвАЩs been cleared.

The local authorityвАЩs leader Ian Roberts, who represents the Flint Castle area, said: вАЬThis is a very sensitive site in the town of Flint. ¬†Flintshire County Council and the health board are anxious that following the arson attack the site is made safe and secure.

вАЬLooking to the future, the council is looking to expand its range¬†of care home provision.

вАЬThe current Croes Atti home provides care for 30 residents which, as a council, we hope to expand.

вАЬThis could be done on site but would require the closure of the home to allow for work to be undertaken.

вАЬThe least disruptive option would be to build a new care home on the site of the former hospital.вАЭ

Flint Town Council members raised their concerns about the abandoned building at a meeting last year.

It led to discussions being held between the county council and health board over its future.

Cllr Roberts added: вАЬWe are looking to work with the health board to provide a new 60 bed home on the site of the former hospital site in Flint.

вАЬWe hope to work in partnership with the health board to provide a вАЬstep up step downвАЭ care facility on the redeveloped site.

вАЬThis is only the first step in this process and we need to work closely with the community in the Flint area and the health board to achieve a state of the art facility that continues to provide the best of care, in a modern setting for the residents of Flintshire.вАЭ

Mark Wilkinson, executive director of planning and performance for the health board, said: вАЬFollowing a recent arson attack at the former Flint Community Hospital a site inspection by structural engineers has confirmed that the building is in a dangerous condition.

вАЬTherefore the health board feels that demolishing the building and transferring the land to Flintshire County Council to invest in new residential care facilities on the site will be the best option to support the local community.

вАЬIt has been some time since the building was used to deliver health care services and in 2018 a new ¬£5m health and wellbeing centre was opened in Flint to provide a range of services for the town in a modern, fit-for-purpose building.вАЭ

We are an ever growing, committed group of like minded individuals who are now approaching 450 members after only a monthрЯСМ We offer our personal free time to create improvement for our community and are taking action. Give it a try in your street / area it feels great рЯСН (LINK)

These inspiring female stories from Archives Wales are part of a grant funded project with Theatr Clwyd. The stories are based around real women discovered in the archive collections held at Ruthin and Hawarden. вЮ°пЄП (LINK) #PethauBychain #SmallThings #IWD21