A developer has warned that plans to create housing at a former hospital site won’t be viable unless a local authority drops a requirement for financial contributions.

However, permission was withdrawn last month as BAK Building Ltd did not enter a section 106 agreement with Flintshire Council within the relevant timescales.

The company which recently took on the project from another firm, has now re-applied in a fresh bid to push the scheme through.

It has also asked for a stipulation to pay more than £25,000 towards two play areas in the town, along with gifting four properties to the council for affordable housing to be dropped.

A viability assessment written by consultants claims that keeping the requirements would result in the plans not being delivered.

In the report, representatives from Grasscroft Development Solutions said: “The open market scheme without any affordable housing or section 106 contributions is currently trading at a sub optimal profit margin where there is a marginal incentive for the applicant to deliver the scheme.

“The imposition of any section 106 contributions exacerbates the viability concern and will compromise the delivery of the scheme.

“It is the writer’s qualified opinion that it would be unviable for the local planning authority to impose any section 106 obligations in the current case. 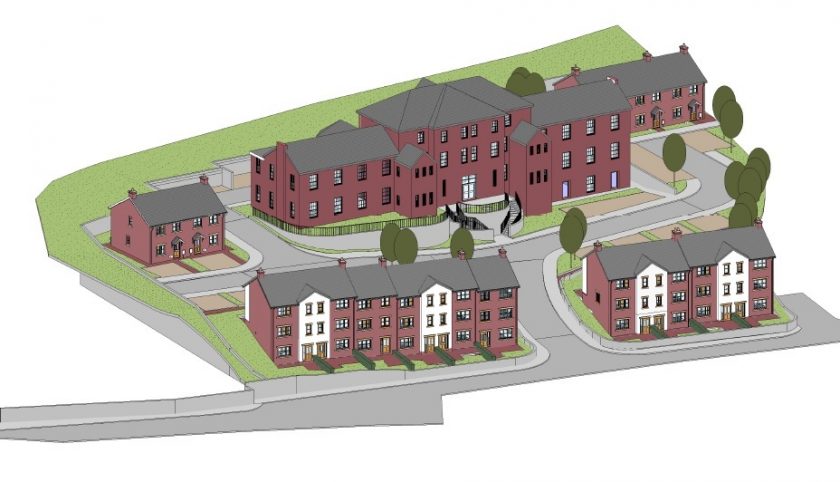 “In considering this matter further, the authority also needs to be mindful of the fact that in addition to delivering new housing, the scheme will also deliver additional economic benefits to the authority in the form of a new homes bonus and council tax.”

The report estimates that the scheme will generate a profit of just over half a million pounds without any requirements being tagged on.

The move to bring the site on Old Chester Road back into use more than 10 years after it closed was originally welcomed by community leaders as a “landmark development” for the area last year.

But it was later sold at auction before permission was withdrawn by the council as the new owners did not sign the legal agreement.

In a report, planning officer Katie Jones said: “It has come to the attention of the local planning authority (LPA) that the site was sold at auction in November 2019, whereby the new landowners have made a case on viability grounds and are therefore unable to comply with the obligations set.

“As such it is considered by the LPA that delegated powers allow, that the application be refused, as within the 12 month period lapsed a Section 106 agreement has not been entered into.

“Therefore in the absence of the required agreement, the proposal would not comply with the requirements of policies of the Flintshire Unitary Development Plan.”

Comments are currently being invited on the latest application via the council’s website.

Planners are aiming to make a decision towards the end of July, although time-scales are currently impacted by the coronavirus pandemic.