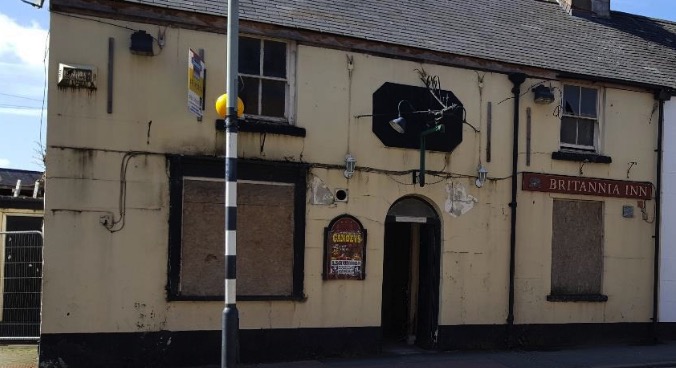 A derelict pub in Mold which has been branded as ‘dangerous’ by community leaders could be transformed under new proposals.

The Britannia Inn on Wrexham Street has stood empty for the last eight years and town councillors previously called it “an accident waiting to happen” after it was damaged during a period of stormy weather.

Some work was carried out on the Grade II listed building after permission was granted to turn it into a dental surgery in 2015.

However, according to its current owner, the project was never completed, leaving the early 19th century property exposed to severe weather conditions.

Plans have now been put forward by Joanne Combey which could see the old pub used to house her cleaning business.

Documents submitted to Flintshire Council by consultants acting on her behalf show a laundry space, reception area, offices and a meeting room would be created if approval is gained. 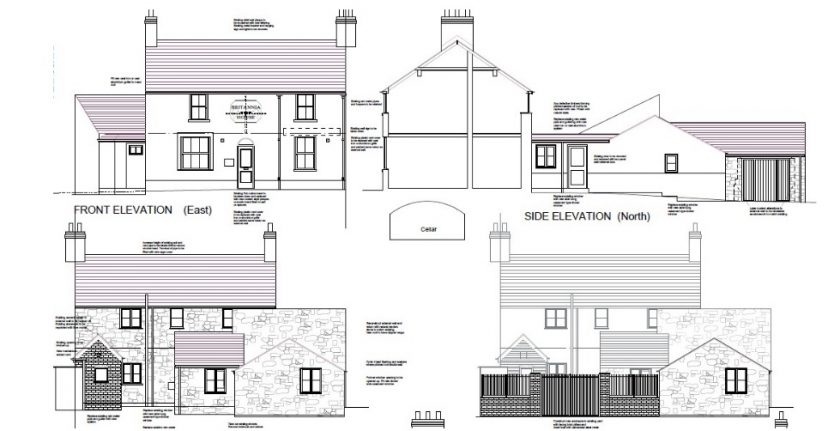 In a statement, they said: “The former Britannia Inn is situated on Wrexham Road just south of the town centre and is in very poor state of repair.

“There are a number of outbuildings to the rear of the inn whose roofs have been removed and the whole site is unsightly and detracts from the streetscene in this area.

“The proposal involves major restoration works to the main building and the associated outbuildings and a slight re-configuration to accommodate the proposed new use.”

According to the statement, Ms Combey is looking to relocate her existing cleaning business from Mold Industrial Estate as part of a proposed expansion.

The company currently carries out domestic and commercial cleaning, as well as providing dry cleaning and laundry services. 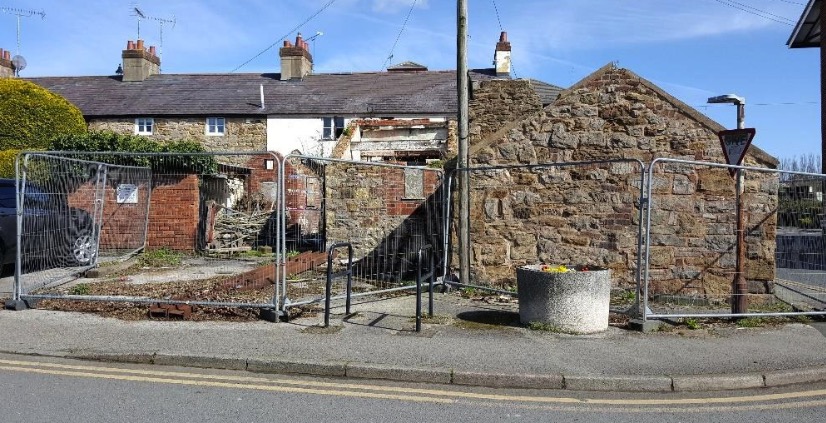 [The Britannia Inn on Wrexham Street has stood empty for the last eight years and has fallen into a state of disrepair. Source: Cadnant Planning]

It employs a total of 27 staff members and is looking to recruit more as part of the move.

The planners added: “A town centre location has been chosen to increase sustainability of the business and provide a service which is more prominent in the local area.

Comments are being invited on the proposals via the Flintshire Council website.

The local authority is aiming to issue a decision by mid-October.