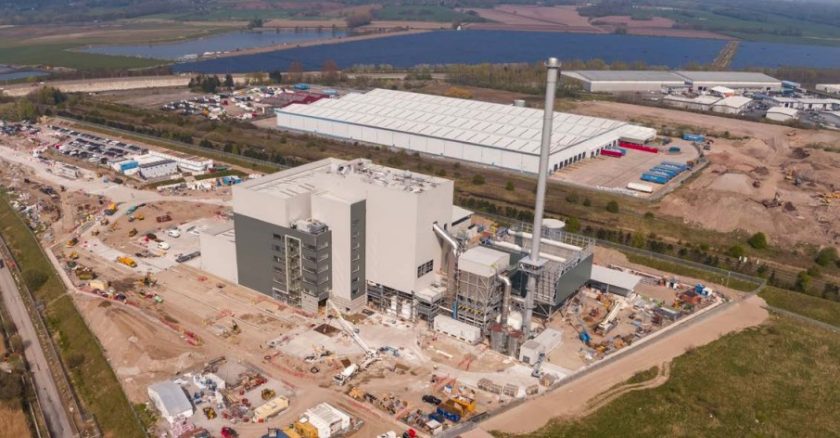 Bosses at Parc Adfer – Deeside’s new Energy from Waste plant say they are working to “maintain the construction programme“ following the collapse of a firm leading the civil engineering works at the site.

Scunthorpe based construction group Clugston collapsed last week with a debts reported to be in the region of £40m.

Wheelabrator, the US firm behind the Deeside Industrial Estate site selected French group CNIM as the procurement construction contractor back in 2016.

The project is part of a partnership between five local authorities, led by Flintshire Council, to find a more sustainable solution for managing waste in North Wales.

CNIM handed Clugston the contract to deliver building and civil engineering works on the incinerator, one of a number of large and complex energy from waste contracts it has been involved in.

According to several media reports, Clugston has been hit by labour shortages on several Energy from Waste contracts and was facing ‘tens of millions of pounds fines’ for the delays in a similar scheme to Parc Adfer at Avonmouth.

A spokesperson for CNIM told Deeside.com: “We are aware that our subcontractor Clugston Construction has called in administrators to manage receivership, which is a deeply regretful situation, particularly for the workforce affected.

We are considering the impacts of this at present but are absolutely committed to all our projects Clugston was involved with.

We are working with our site team and colleagues to ensure arrangements are in place to maintain the construction programme of Wheelabrator Parc Adfer.”

Testing got underway at Parc Adfer earlier this year with the first waste deliveries received in August, it is understood commissioning work at the site has been completed in the past two weeks.

The site will be able to process up to 200,000 tonnes of non-recyclable rubbish a year taken from five local authority areas across north Wales.

During the construction phase, around 400 people have been employed to make sure the plant is finished.

It has been estimated that it will generate enough renewable energy to power more than 30,000 homes.

A total of 34 new jobs have been created ranging from plant management to operational, technical and administrative roles.