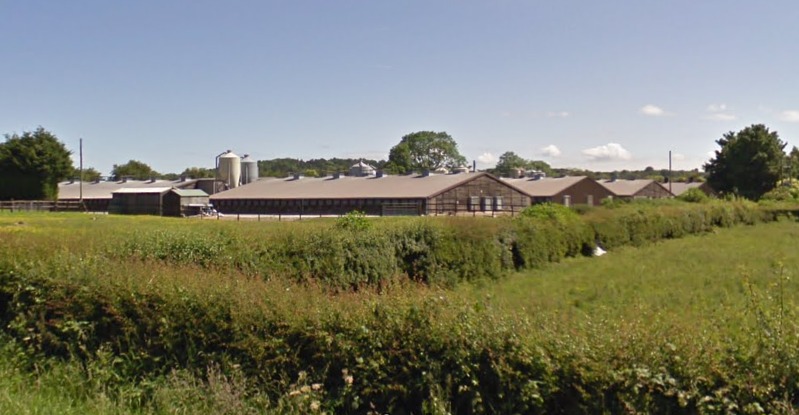 A chicken farm near Holywell could be set to expand to house 171,000 birds under newly revealed plans.

The farm would continue to be operated as a broiler unit under the proposals, rearing chickens for meat production.

In a planning statement, consultants acting on the firm’s behalf insisted the expansion would not lead to an increase in noise and odour in the area.

They said: “Odour emissions generally can be minimised at source through the application of procedures and techniques recommended in the Code of Good Agricultural Practice (Defra, 2009).

“Odour emissions based on existing and proposed outputs from the Racecourse site have been assessed by AS Modelling & Data using computer modelling that takes into account the likely internal odour concentrations and ventilation rates of the poultry houses.

“Despite an increase in bird numbers resulting from the proposed development, the modelling predicts that there would be a significant reduction in odour concentrations from the farm at all discrete receptors considered in the modelling.

“There are a number of sources of noise in and around a poultry unit, including ventilation fans, lorries and other vehicles.

“The new buildings will be fitted with significantly improved ventilation fans, most of which are contained within cowls directed upwards.

“The orientation, age and condition of these fans will all ensure that additional noise generated will be minimal.”

The farm lies in the centre of a former racecourse and is surrounded by a disused track, which is now a bridleway and public footpath.

Chicks are usually kept at the facility and allowed to grow for a maximum of 49 days before being sent to a processing plant in Sandycroft.

The company has initially asked for a scoping opinion from Flintshire Council, to see whether an environmental impact assessment is required as part of the development.

It is expected that the full proposals will be submitted at a later date.