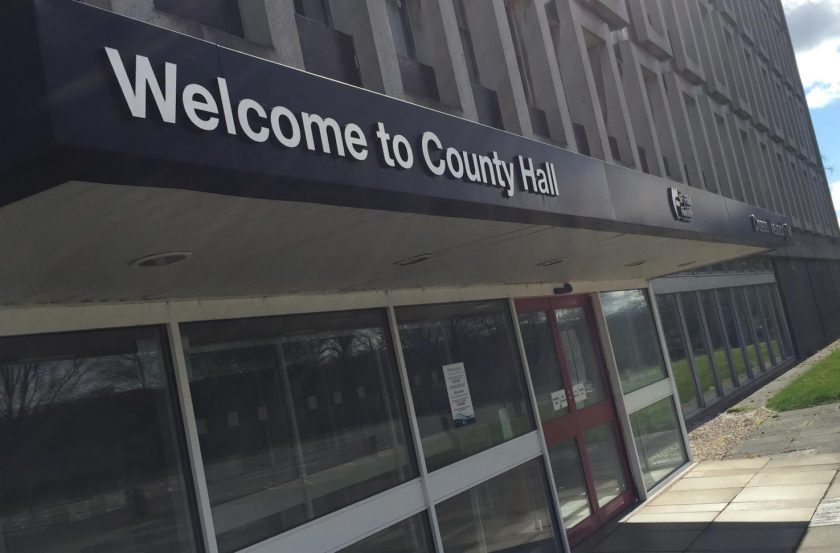 Calls for prayers at Flintshire council meetings to be banned

Calls have been made for prayers at county council meetings in Flintshire to be banned.

Christian prayers are currently held before the start of every full council meeting held at County Hall in Mold.

However, the National Secular Society has described the practice as inappropriate and believes it should either be brought to a halt or replaced with a non-religious reading.

Its chief executive officer has also accused the local authority of acting like a ‘clique’.

Stephen Evans said: “Wales today is religiously diverse with the number of people saying they have no religion outweighing the Christian population.

“In this day and age it simply isn’t appropriate for the religious rituals of one set of councillors, however large in number, to be imposed on others who not share their beliefs.

“We would therefore urge Flintshire to conduct meetings in a manner equally welcoming and relevant to all attendees, irrespective of their personally held beliefs.

“Whether to simply drop prayers or replace them with something more inclusive is up for debate, but continuing a practice simply for the sake of tradition cannot be justified if that tradition is exclusionary or divisive.”

In 2012, the High Court ruled that prayers should not be said as part of formal council business following a judicial review on the subject.

While new laws passed in England restored councils’ right to hold prayers, Mr Evans said the ruling still applies in most of Wales.

In response, Flintshire Council said it does not put prayers on meeting agendas and holds them before the formal proceedings begin.

“The council is sensitive to people’s differing belief systems and the fact that some people may not wish to participate in prayers.

“The council seeks to balance the needs of those with and without faith by holding the prayers before the meeting formally begins.

“Those who wish to participate may do so, whilst those who do not wish to attend can enter the room after prayers and before the start of the meeting.”