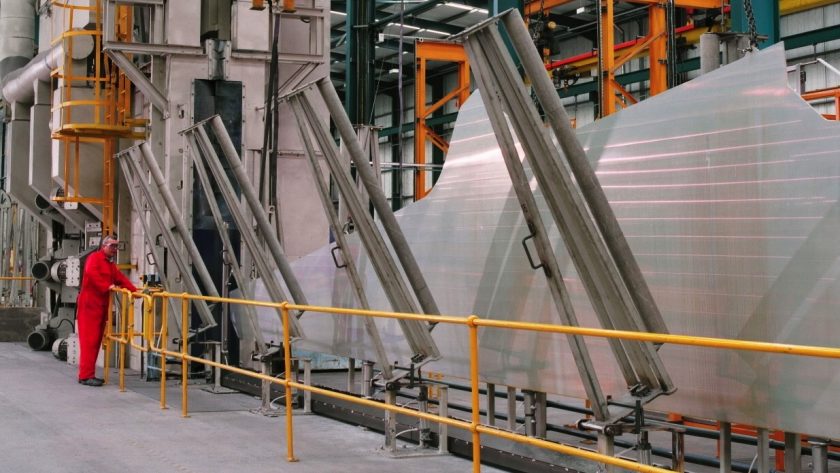 In yet another blow for the aerospace sector in North East Wales, Metal Improvement Company (MIC) has indicated it intends to make almost 60 redundancies at the site in Broughton.

The news comes only a day after 240 redundancies were announced at Magellan, also in North East Wales.

A reduction in panel work from Airbus and projected work from other customers such as Magellan has led to the scaling back of the workforce.

Unite the Union said the redundancies “form part of a consistent and worrying cycle of job losses in the aerospace sector, further confirming Unites call for an immediate package of UK Government financial support to support jobs and skills retention.”

“This is devastating news for the workers at Metal Improvement Company.

The highly skilled workforce employed at MIC have been dealt a cruel double blow through the reduction in panel work from both Airbus and projected work from other customers such as Magellan.

Unite in Wales is ready to work with the employer to offset as many at risk employees as possible.

The aerospace sector is clearly is a deep and urgent crisis. Without immediate Government intervention for the Aerospace sector the loss of skills in Wales will have a generational impact on the industry’s ability to bounce back in a post Brexit economy.

Unite will be doing everything possible to support our members during this difficult and worrying time”.

A spokesperson for US based parent company Curtiss Wright told Deeside.com:

Positions were eliminated based on current and projected business needs

At this time, we do not have any additional color to provide. In accordance with our corporate policies, we do not comment on specific employee matters.

While we have openly discussed our plans for restructuring actions throughout our business, even prior to COVID-19, we have yet to provide any specific details.”

“I am acutely concerned about this announcement and reiterate my call for no employer to be making redundancies whilst the furlough scheme is still in place.
Yesterday in Parliament I called on the Government to ‘act, and act now’ to save our aerospace industry. The brutal fact of the matter is that passenger numbers are not expected to recover until 2023. If the Government doesn’t put in place support, these will not be the last redundancies.
“Germany, France and the USA have all provided support to the aerospace industry in their countries. The UK Government must not leave Broughton behind.
“My office stands ready to support anyone who has queries over what support they can get from the Government if they are made redundant. You can get in touch by mailing tamim@parliament.uk or calling 01244 836350.”