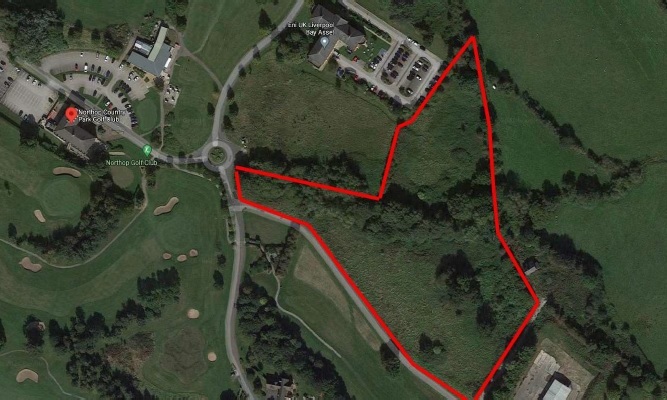 Revised plans have been submitted to create a holiday park in Flintshire after a previous bid was thrown out due to the scale of the proposals.

An application has been put forward to develop a piece of land at Northop Country Park, which would be used to house 24 holiday lodges.

It follows an earlier scheme which included 30 chalets being unanimously rejected by councillors at a meeting in September 2020.

The decision was made after Flintshire Council’s chief planning officer raised concerns over the appearance of the development and its impact on the surrounding countryside.

Scaled back proposals have now been entered by J&T Gizzi Limited in a second attempt to gain permission, including a reduced number of lodges and the removal of a proposed shop and cycle hire facility.

In documents submitted to the local authority, architects acting on the firm’s behalf said: “The proposals represent 24 new-build holiday lodges which constitutes a considerable reduction compared to the original application of 30 new lodges.

“This lower density provides scope to introduce more green spaces and landscaping between the lodges.

“Whilst the detailed design of each lodge would be deferred to reserved matters consideration is given to how an appropriate form of development could take place.

“There are many examples of similar developments throughout the UK which demonstrate an appropriate response to their natural setting.

“Examples show how a combination of single and two-storey lodges that feature flexible layouts can successfully accommodate a variety of users including couples, families and small groups.”

While some parts of the development have been completed, the lodges would be located on land previously earmarked for the hotel which was never built.

A total of 27 letters of objection were received against the last set of proposals, including concerns it would be out of keeping with the country park.

A decision will be made on the latest application at a later date.