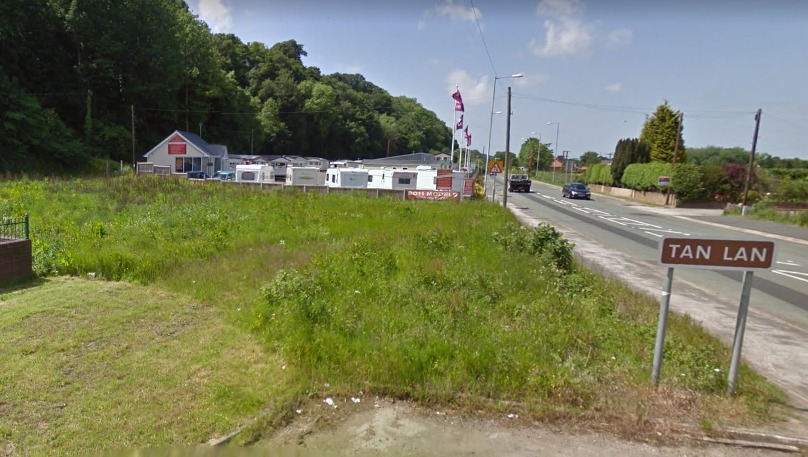 Plans to create a new Gypsy and Traveller site in a Flintshire village have been recommended for approval despite being slammed as “unacceptable” by a neighbour.

Proposals to establish four caravan pitches on land off the A548 in Tan Lan, near Ffynnongroyw, are set to be considered by councillors this week.

The scheme has been put forward by Stephen Locke, a member of the Romany community who wants to provide a base for his family, including an amenity block with cooking, cleaning and toilet facilities.

In documents submitted to Flintshire Council on his behalf, planning agents said there was a proven need for extra pitches in the county.

A total of ten letters of objection have been lodged against the application amid concerns over the impact on the character of the area and the extra traffic it could generate. 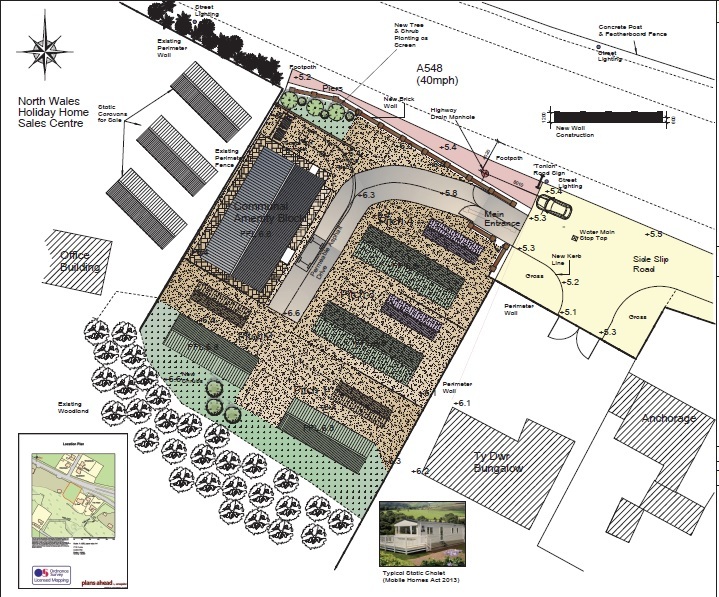 However, a senior planning official from the local authority has advised the proposals should be given the green light because of its legal duty to meet the needs of Gypsies and Travellers.

It comes despite one local resident claiming the site would cause major disruption.

In a letter to the council, the unnamed individual, said: “I’m a resident living close to the proposed application and believe this Traveller site will cause many problems for myself and my neighbours, who have chosen this area for its peacefulness and privacy.

“We believe this loss of privacy and disruption for months from the proposed Romany Gypsy site, with the expected noise impact from building works, heavy goods vehicles and constant site visitors will have a huge impact on the character, privacy and appearance of this quiet area.

“An additional 17 plus people will be coming and going and eight plus proposed cars and all the additional traveller visitors that will descend to the site is unacceptable.”

Llanasa Community Council has also voiced its opposition to the application because of the risk of the land being flooded.

In a report, Flintshire’s chief planning officer Andrew Farrow said measures would be put in place to prevent it from happening.

He added the council was also required to consider the needs of children living at the site, which would weigh in favour of the proposals.

Mr Farrow said: “In my view the principle of this development is acceptable with due regard to all relevant national and local policies and advice.

“The site represents a sustainable location, appropriate for the level of development proposed and in addressing a specific housing need.

“As the residents of the site will include children the proposal has been assessed with due regard to their best interests.

“It is considered that the proposal would offer the consistent access to education and health care which would be in the best interests of the children.

“The benefits of enabling the provision of a stable and secure environment is a material consideration of significance in the planning balance.”

A decision will be made on the proposals by members of the council’s planning committee when they meet tomorrow afternoon (Wednesday, July 21).