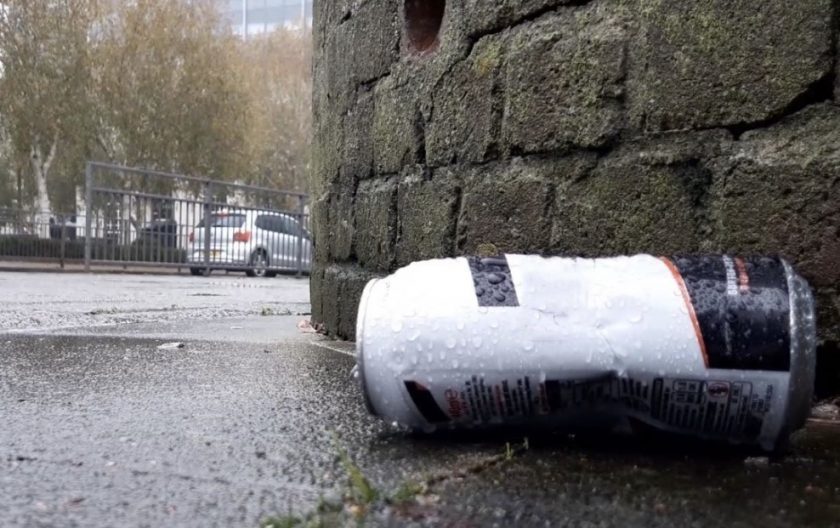 Calls have been made for a local authority to be given more powers to tackle problems with public drinking.

It follows claims that people consuming alcohol outdoors are adding to the large amount of litter being dumped in Flintshire by discarding cans and bottles.

The number of reported cases of littering in the county jumped by more than 200 per cent in the last financial year to 424, compared to 137 the previous year.

Flintshire Council officials said it matched a UK-wide trend, with most areas witnessing a sharp increase during the Covid-19 pandemic.

The whole of Flintshire is already covered by a designated public places order which restricts anti-social drinking.

However, questions have been raised over whether North Wales Police, which is responsible for ensuring the rules are followed, has enough officers available to enforce them.

Raising the issue at meeting held yesterday (Tuesday, 8 June), Cllr David Evans, who represents the east area of Shotton, said: “We do have a lot of litter along the Deeside strip where people congregate and throw cans and bottles into the undergrowth.

“Sometimes it’s public land, sometimes private land and we put the enforcement down to the police.

“Unfortunately, whether the police haven’t got the manpower, I have little faith that they can do that enforcement for us.

“The question is, can we look to take responsibility for enforcement on drinking alcohol in public places?”

The Labour councillor suggested the possibility should be raised with the Welsh Government.

Members of the council’s environment and economy scrutiny committee were told it was an issue the authority had no responsibility for at present.

However, officials said it was an option which could be considered in the long term.

Ruth Cartwright, regulatory services manager in waste management, said: “We’ve not explored the option of doing it in-house however if it is a significant issue then it’s something that we need to look at.

“From the point of view of people drinking and then throwing those items on the floor and littering, that is a responsibility within the local authority so we can deal with that.

“The idea is to prevent it from happening in the first place though, so if that’s the recommendation then we can bring something back further once we’ve investigated that a little bit deeper.”

Buckley councillor Dennis Hutchinson said residents had also raised complaints with him over public drinking, but praised the action taken by police.

He said: “We’re in the silly season now where everybody, particularly young people, are congregating in areas across the county.
“I had a situation two or three weeks ago where I had a magnificent response from the police.

“I made the call on behalf of residents who were very concerned about foul and abusive language.

“I had a superb response and even had feedback 24 hours later from the officer who dealt with it.”

Despite the praise, the committee voted in favour of tasking officers to check whether the council could take over the responsibility for enforcement at the end of the discussion.