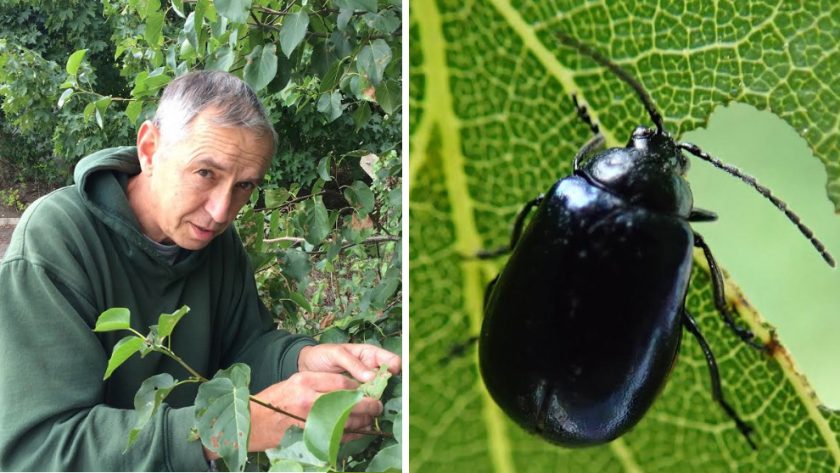 A beetle thought to have been extinct in Britain has been found in ….. Northop

A beetle thought to have been extinct in Britain for several decades has been discovered at the Northop campus of Glyndŵr University.

The Alder Leaf Beetle – Agelastica alni – was discovered by site services assistant and Glyndŵr Alumni Carl Payne, shortly after he had completed a survey looking at the number of plants and animals on the Northop site.

The beetle had previously been declared extinct in Britain before being rediscovered around 2004. Carl’s discovery is just one of a handful of records in Wales.

The baseline survey – which forms part of Glyndŵr’s work to boost sustainability – had just finished and Carl was sitting in his car when he made the discovery.

“I’d carried out the survey during the recent heatwave and after I had finished, I was sitting in my car sipping water as it had been a really hot day. I just happened to look up while I was sat there to see a little black spot on the trees at the edge of the car park.

I went to investigate it and it was a beetle of some kind, with eggs and larvae – although I didn’t know what kind it was at first.

I had some of my books from my Wildlife and Plant Biology course with me so I had a quick look in them, but didn’t see anything it looked like immediately.

I took a few pictures so I could identify it myself and sent some off to Cofnod, the biological recording centre for North Wales.

Having looked the beetle up, I knew it was a leaf beetle of some kind because of its shape – I found some pictures online that looked like the beetle, but most of those were in Europe, not the UK. They seemed to indicate it was the Alder Leaf Beetle.” 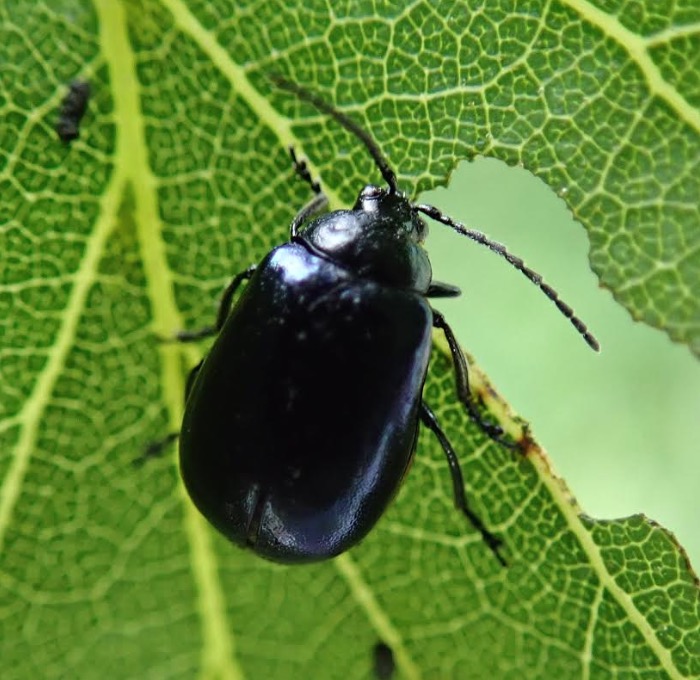 Carl goes on to say:

“I then spoke to staff at Cofnod, who I had sent the picture to – and they confirmed it was indeed Agelastica alni, the rare Alder Leaf Beetle.

The species had previously been declared extinct before being re-discovered in the mid 2000s and this discovery was one of a handful in Wales.

We carry out survey lists like this to make sure we know what species are on the university estate so we can conserve them – and we’re clearly doing something right!”

“It is brilliant news that we have found such a rare species here at Northop. The discovery is a testament not only to Carl’s skills as a surveyor – but also to the way he applied the knowledge gained studying with us to his work.

As a university, we are committed to ensuring we protect and increase the level of biodiversity across all our campuses.

We follow a biodiversity action plan which covers all of our sites, and Carl’s work has helped us list more than 180 different species at the Northop campus alone.

We’re delighted to be hosting such a rare species here at Northop – and we’ll continue working to make sure all our estate is welcoming to wildlife.”