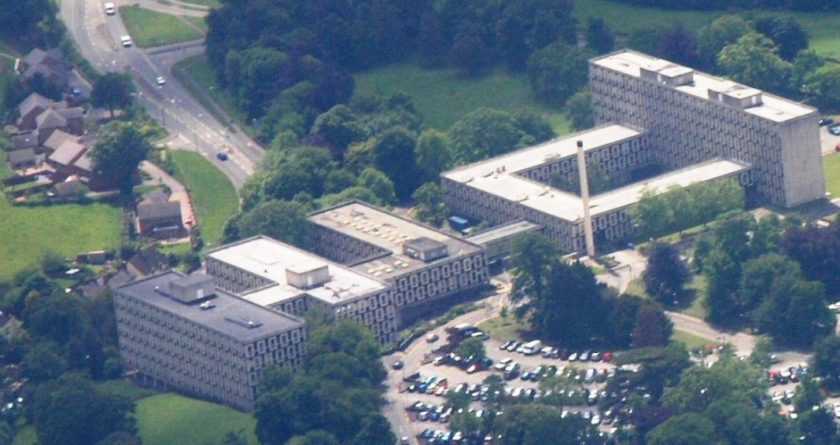 Work to demolish empty parts of Flintshire Council’s main HQ in Mold is set to get under way early next year, according to a senior official.

The local authority previously applied to knock down two blocks of buildings at County Hall in a bid to cut costs.

It follows the recent relocation of hundreds of frontline staff to refurbished offices five miles away in Ewloe.

The demolition of the structures at the Raikes Lane site is now expected to move forward after planning officers decided prior approval was not needed.

Neal Cockerton, chief officer for housing and assets, said: “We are hoping to commence demolition works of phases three and four of County Hall early in the New Year

“We are just finalising a number of surveys inside and outside the building and once these have been received back we should be in a position to commence works.”

In the summer, it was revealed the buildings earmarked for demolition were home to at least 13 bat roosts after staff reported several close encounters.

A report by wildlife experts concluded that steps should be taken to protect the creatures before any work takes place.

After carrying out an inspection towards the end of last year, ecologist Stuart Spray said: “It was clear from the ground that there were several gaps around the windows that may have had potential for roosting bats.

“In addition, the Flintshire county ecologist reported that bats had been recorded flying inside the building on several occasions indicating a high likelihood of a bat roost somewhere in the building complex.

Due to the high number of potential roosting spots, Mr Spray recommended that only a soft demolition of the offices should be carried out.

The Mold base, which was built in 1968, is said to have become too expensive to run for the authority with annual operating costs of £1.2m.

The council’s chief executive previously revealed it had plans to keep a civic base in Mold, which could involve sharing new or refurbished facilities with other public bodies at the County Hall site.