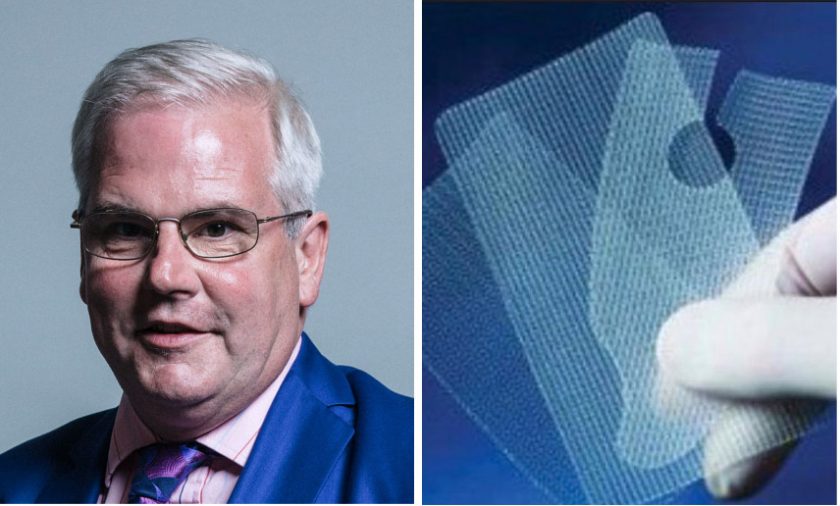 Deeside Politicians say they are disappointed with the Governments response to a debate in Westminster Hall yesterday, Wednesday 18th October on the use of controversial vaginal mesh tape.

Hundreds of woman have been left in permanent pain, unable to walk, work or have sex because of mesh tape used in operations to cure prolapse, incontinence and hernia.

Alyn and Deeside politicians, Mark Tami MP and Carl Sargeant AM, have been campaigning on behalf of an affected constituent, Maxine Cooper, to suspend the use of Mesh.

Mr Tami spoke in the debate calling the use of mesh a “national scandal”.

The debate brought forward by Labour MP Emma Hardy called for a public inquiry into the use of mesh after it was revealed that more than 800 women are taking legal action against the NHS and the makers of vaginal mesh implants.

During the debate, Conservative MP and GP Dr Sarah Wollaston the health committee chairman paid tribute to the many women who “have been courageous in coming forward and discussing intensely painful and personal experiences, not only with myself but with other Members.

Dr Wollaston also said that a “fundamental absence of data” is at the heart of the issue.

“There has been cavalier practice, and we cannot allow that to continue. The women who have been affected deserve an apology and recognition of the extent of the problem and the delays in recognising and dealing with it.”

There had been “clear failings have been allowed to continue for so long. At the heart of those failings is the inadequacy of clinical trials, recording and consent.” She said.

Elmet and Rothwell MP Alec Shelbrooke said; “I did a lot of work on the thalidomide campaign and I thought this was the next thalidomide scandal.”

Adding; “Suspension [of the implants] and study of the data is vital; otherwise, we could be creating the biggest scandal in years in the NHS.”

The Parliamentary Under-Secretary of State for Health, Jackie Doyle-Price, responded to numerous cases brought forward during the debate, she said the problem lies not with the product, but with the procedure, and failed to commit to a public inquiry or suspension of the product.

Alyn and Deeside AM Carl Sargeant has been campaigning to suspend mesh use in Wales in support of constituent Maxine Cooper from Connah’s Quay.

She has suffered years of excruciating complications after her mesh procedure and is slowly recovering after a removal operation. 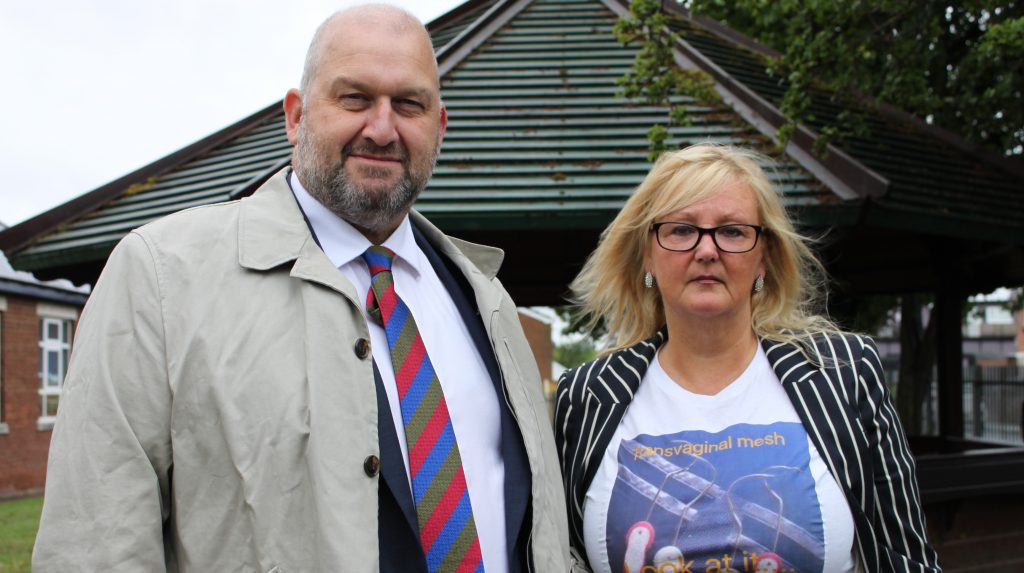 Alyn and Deeside AM Carl Sergeant and Maxine Cooper

“This debate was an important opportunity to air the truth that women across the UK have known to their cost for years – that mesh can leave women with dreadful, life-changing injuries. Mark Tami, Emma Hardy and Owen Smith did the mesh-injured women proud.

Unfortunately, the health minister’s response was disappointing and we will have to keep fighting for a suspension of mesh procedures.

In Wales Health Secretary Vaughan Gething has written to me with more information on the task and finish group on mesh and reassured me that the group will hear evidence from mesh affected women. I hope in Wales these women will be listened to and their wishes acted upon.”

Maxine was too ill to travel to London for the debate but was pleased Mr Tami was there to represent her.

“I was grateful that this debate was secured and I am glad so many MPs took the opportunity to speak up on behalf of their constituents.

The number of cases brought forward are a reflection of the clear failings that have happened. The lack of clinical trials and the discrepancies with recordings and consent really is a national scandal.

The Minister’s response was disappointing and shows how out of touch this Government is.

Hopefully women across the country will continue to speak up and put the Government in a position where the evidence can’t be ignored.”