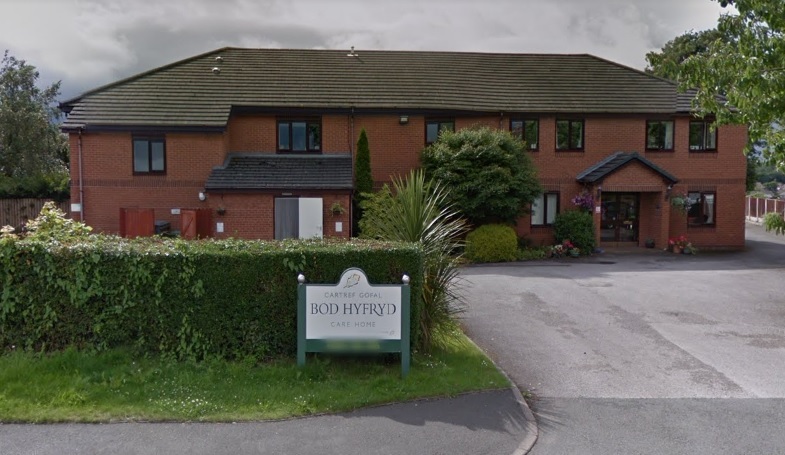 Plans to build a total of 18 new houses on land next to a care home in Flint look set to be rejected after more than 70 letters of objection were submitted.

Edwards Homes put forward an application to develop an area near Bod Hyfryd Nursing Home on Northop Road in October.

The firm said it would help to meet the need for three-bedroom family properties in the town, with a new estate road proposed to serve the homes.

However, a senior official at Flintshire Council has recommended to councillors that permission for the scheme should be refused ahead of a meeting next week.

Chief planning officer Andrew Farrow said the layout was inappropriate and would harm the appearance of the area.

He also criticised the company for only bringing forward a small section of a site allocated for 170 houses in the authority’s Local Development Plan (LDP).

In a report, he said: “The form, and layout of the proposed development is unacceptable and would be detrimental to character of the site and surrounding area.

“The proposal fails to respect the potential for the site to be developed in conjunction with that which forms part of its wider allocation under LDP policy.

“Despite the repeated attempts by officers to encourage a collaborative and sustainable approach to be taken by respective owners and developers over this LDP allocation, to bring the site forward on an agreed and co-ordinated basis, the developer does not wish to adopt this approach.

“The developer has instead requested that the application site is now brought forward for consideration in advance of and in isolation to that on the wider site.”

He added: “As part of this approach it would seem this application has been submitted with the intention of either driving determination within the minimum time period, or alternatively appealing the application on the grounds of non – determination.

“The approval of this application would result in the isolation of part of a larger allocated site.”

The application will be considered by members of the council’s planning committee at a meeting on Wednesday .


Tweets by Deesidedotcom
Wednesday May 25th 18:05