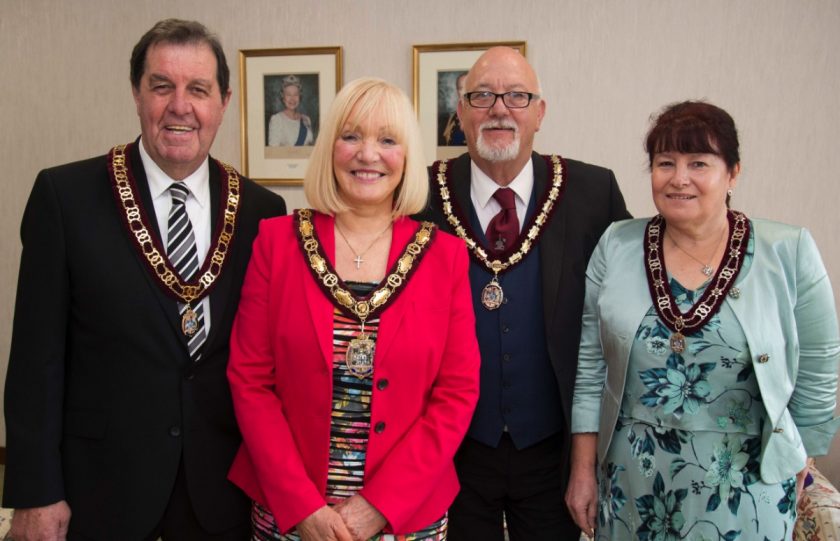 The new Chairman and Vice-Chairman of Flintshire County Council have been sworn in today.

Councillor Bateman represents the Northop electoral division and has been a member of the Council since November 2009.

Councillor Bateman has also been a Sychdyn Member of Northop Community Councillor for many years and has been Chair of the Council in the past. She is also a Governor of Ysgol Sychdyn and a member of the North Wales Fire & Rescue Authority.

Councillor Bateman is married to Haydn and has one son and twin grandsons.

“I’m delighted to be elected as Chairman of Flintshire County Council for the coming year.   It is a great honour to represent such an incredible County as ours.  I will carry out my duties to the best of my ability and represent Flintshire with pride.”

Councillor Joe Johnson has been appointed as Vice Chair of Flintshire County Council.

Councillor Johnson represents the Holywell East electoral division and has been a member of the Council since May 2008.

Cllr Johnson has also been a Member of Holywell Town Council for many years and has been the Mayor of Holywell three times.

Councillor Johnson has helped organise and deliver many events in Holywell, including the Well Inn Music Festival and the Line Dancing Music Festival.

Councillor Johnson has been married to Sue who is also a Holywell Town Councillor for more than 40 years. He has two daughters who have successful careers and businesses.