Lorry fire causing long delays on the M56 in Cheshire 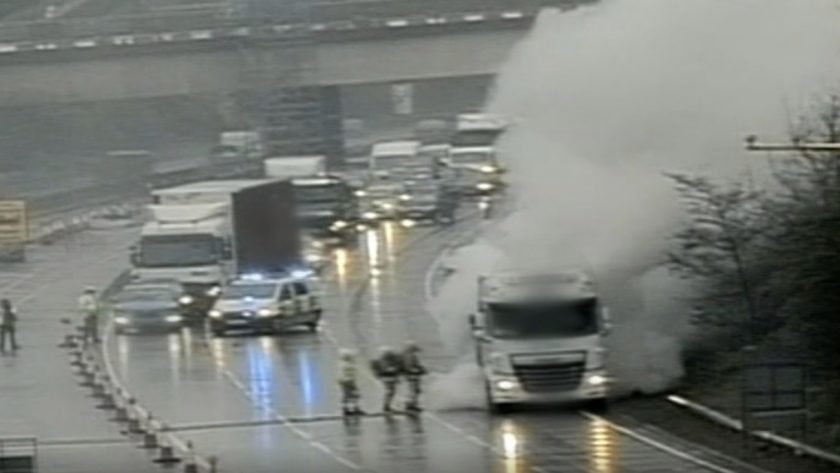 Cheshire Fire and Rescue Service said: “Firefighters were called to a heavy goods vehicle on fire on the M56. The fire involved the tractor unit and trailer and was extinguished by firefighters using two hose reels. The motorway was closed while the fire was dealt with.” ‌﻿​﻿‌﻿‌﻿‌﻿​﻿‌﻿‌﻿‍﻿‌﻿​﻿‌﻿‌﻿‌﻿​﻿‌﻿​﻿‍﻿‌﻿​﻿‌﻿‌﻿‌﻿​﻿‌﻿​