Appeal against refusal of affordable housing scheme in Mancot dismissed 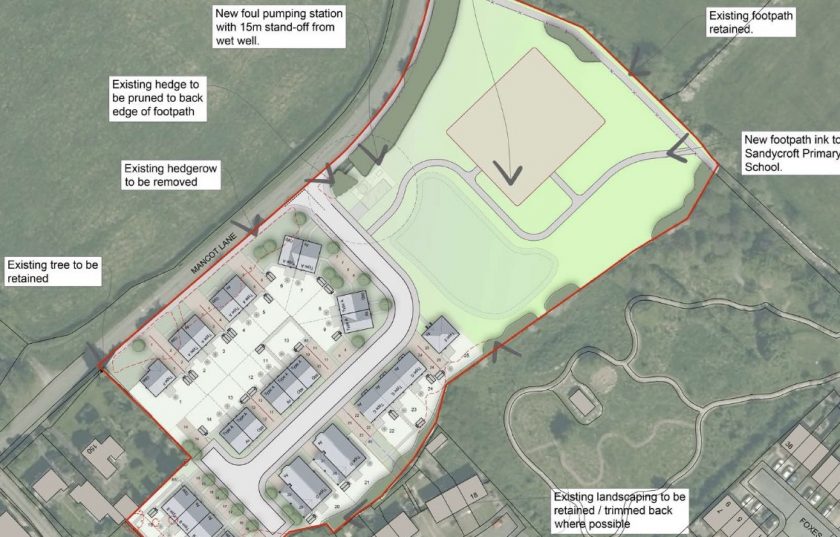 An appeal against the refusal of plans for an affordable housing scheme has been thrown out amid concerns over the loss of green space.

Proposals by Wales and West Housing Association to create 25 new homes in the village of Mancot, near Hawarden, were rejected in May last year.

It came after members of Flintshire Council’s planning committee said building houses on the green barrier site off Mancot Lane would be “inappropriate” and pose a flood risk.

The housing association lodged an appeal with Planning and Environment Decisions Wales at the start of this year in a bid to have the decision reversed.

A planning agent acting on Wales and West’s behalf claimed developing the overgrown area of land near Sandycroft Primary School would help local people to get on the property ladder.

However, a planning inspector appointed to oversee the case has now upheld the local authority’s ruling.

In his decision notice, Hywel Wyn Jones said: “The most important attribute of a green barrier is its openness according to Planning Policy Wales, the protection of which requires development to be strictly controlled.

“I am in no doubt that the erection of 25 dwellings and associated development on this site would be harmful to the openness of the land.

“Part of the area on which it is proposed to erect houses lies within flood zone C1.

“On this main issue, I find that there is no justification for siting the development within the floodplain.”

Seven letters of objection were received against the scheme ahead of last year’s planning meeting.

Other issues raised included the impact on traffic and the potential strain it would place on local services.

Wales and West said the site would be used to accommodate a range of one to four-bedroom houses offered at lower-cost rental rates.

But Mr Wyn Jones said any benefits arising from the proposals wouldn’t outweigh the problems caused.

He added: “I have taken into account all the other matters raised in support of the appellants’ case, including potential economic and social benefits of the scheme.

“However, as none outweigh the harm that I have identified in relation to the main issues I shall dismiss the appeal.”