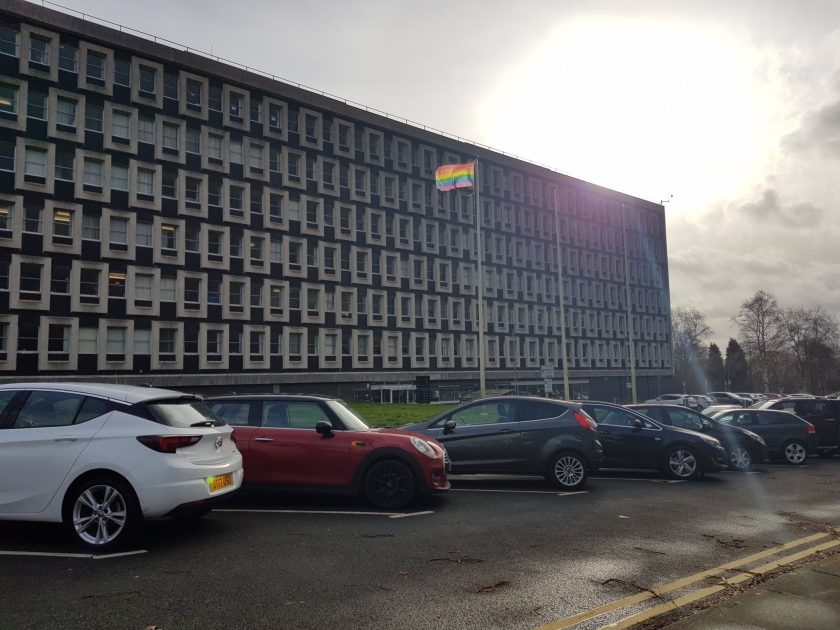 The future of Flintshire Council’s remaining County Hall building is to come under the microscope soon.

At a meeting of the council’s Corporate Resources and Overview scrutiny committee, members discussed the authority’s updated Corporate Assets Plan, which covers the future uses of its land and buildings.

This plan, currently in draft form, has been revised to take into account the Welsh Government policy for net zero carbon public sector by 2030, the Future Generation Act and the Council’s own Climate Change strategy.

It would see the council aim to use fewer buildings with an ambition to use those remaining “more efficiently”.

One of the council buildings concerned in the plan is County Hall itself, with many staff at the authority still working from home or in a hybrid format.

Two years ago demolition took place on parts of the Council’s traditional headquarters, after the relocation of hundreds of frontline staff to refurbished offices a few miles away at the old Unilever office site in Ewloe.

But there are staff still based at County Hall, which also holds the Council chamber and committee rooms, and there is a discussion to be had about where they could be relocated if a decision was made to leave.

Responding to a query about the future of County Hall from Independent Group leader, Connah’s Quay Central Cllr Bernie Attridge, Chief Executive Neal Cockerton acknowledged it was up for debate.

Mr Cockerton said: “Do we need to invest in a new building or don’t we? If we do, where’s it going to be and what are the timescales for that?”

Leader of the Council, Cllr Ian Roberts (Lab) said how council staff worked in the future would be key, whether many continued to work remotely or would want a return to the office.

But he added that a room large enough to hold full council meetings would be a necessity.

He said: “The biggest problem is how we replicate this room (the council chamber) and the committee rooms?

“There needs to be a level of security to buildings where councils’ make decisions that can sometimes be particularly contentious.

“I can assure members that when discussions are taking place they are involved, so we can clearly get the views of all members.

“The idea of using Ewloe for committee meetings has been discussed but it would not be big enough for full council.

“We need to think about how we will provide rooms and facilities to allow that (democratic) function to continue as well as the very important administration of the council.”

Cllr Roberts also revealed that he had asked the Chief Executive about heating the building in the coming months with staff still working from home.

He speculated that if heating bills continue to rise, staff may wish to return to working at County Hall.

The council’s assets, mainly land and property, are currently worth more than £780m.

In the last three years, the council has received more than £3.8m from the sale of assets, in capital receipts.

Members voted to approve the updated Corporate Assets plan for 2022-2027 replacing the previous one which covered 2019-2026.