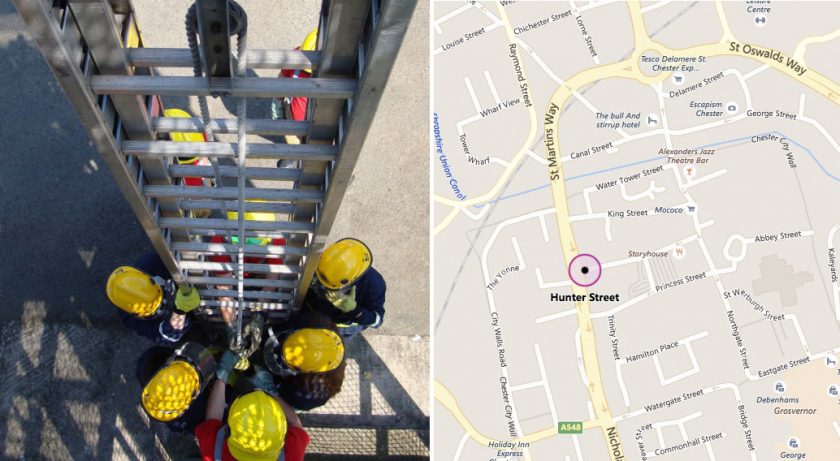 An update on the Cheshire Fire and Rescue Service website says: “Firefighters used an internal raking ladder and the aerial ladder platform to bring the two to safety. They were then handed over to police.” ‌﻿​﻿‌﻿‌﻿‌﻿​﻿‌﻿‌﻿‍﻿‌﻿​﻿‌﻿‌﻿‌﻿​﻿‌﻿​﻿‍﻿‌﻿​﻿‌﻿‌﻿‌﻿​﻿‌﻿​