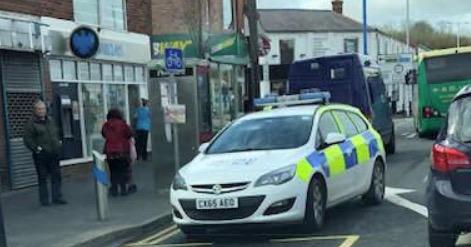 Police are appealing for information and any film footage following a robbery at a bank in Queensferry today.