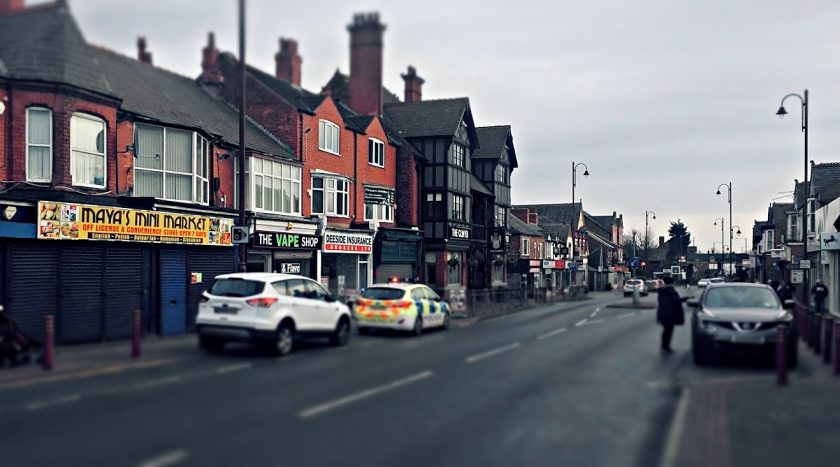 Councillors have dismissed calls to put plans to regenerate a Flintshire town centre on hold despite claims other areas are being left out.

It followed a series of complaints over crime and anti-social behaviour problems in the town.

The decision was “called in” for scrutiny by opposition politicians amid concerns that other towns in the county were not receiving equal treatment.

The bid for the plans to be reconsidered was rejected by a narrow margin by members of a backbench committee at a meeting held yesterday .

It came despite Cllr Richard Jones, one of six members of the Independent Alliance group who signed the call-in notice, claiming there were areas suffering more than Shotton.

He said: “We’re all aware of the challenges in our town centres and communities that continue to stretch the regeneration department.

“Like all of us, Shotton has provided a plan for their town, but other towns are expected to manage that process themselves and hope that funding and outside help will come together over time.

“The cabinet decision that you have in front of you removes that risk from Shotton because they will be treated more favourably than others.

“No other town will receive this investment of officer time and the eventual financial gain is clearly unfair, unsustainable and unequitable.”

Officials previously warned that anti-social behaviour and fly-tipping could hamper Shotton’s prospects if they are not dealt with.

Proposed improvements include the redevelopment of the former Corus Social Club for community use.

Shotton railway station could also be transformed to cater for passengers travelling between the North Wales Main Line and the Wrexham to Bidston Line.

But Cllr Mike Peers named a number of places he said were also in need of investment at the environment and economy scrutiny committee meeting.

He said: “It’s been documented in the local press only recently that anti-social behaviour continues in Holywell, with stone throwing, loud music and people setting fires.

“We have all these issues so where is the support for the communities across Flintshire who are suffering from all this anti-social behaviour?”

The document states it aims to deliver “a thriving high street, clean neighbourhoods and safe and visually appealing public spaces”.

He said: “The Shotton plan began many months ago when we were working through the process with partners about the situations that were evident in Shotton.

“I went there, and I saw the conditions in the alleyways and in Shotton station.

“Signage has now gone in, and CCTV cameras have gone in, particularly in the alleyways, which I have to say were shocking over a year ago when I visited.

“I have stated quite clearly that I don’t see this just as a matter for towns and there are other communities in our county that hold local services and they will need consideration as well.”

Highlighting the problems the town has faced in recent years, he said: “I sat in meetings at Deeside Police discussing the issues with those sleeping on the streets of Shotton, those taking drugs and the fighting on the streets.

“The fear was that people wouldn’t want to walk into the streets of Shotton because of what they were coming up against sitting on the benches of the High Street.

“Some of those issues have been tackled but that’s not to say they won’t come back.

“Whilst we have those problems in all our towns, for whatever reason we seem to have it a little bit more.”

Councillors voted to endorse the cabinet’s decision by six votes to five at the meeting meaning it will be implemented as planned.