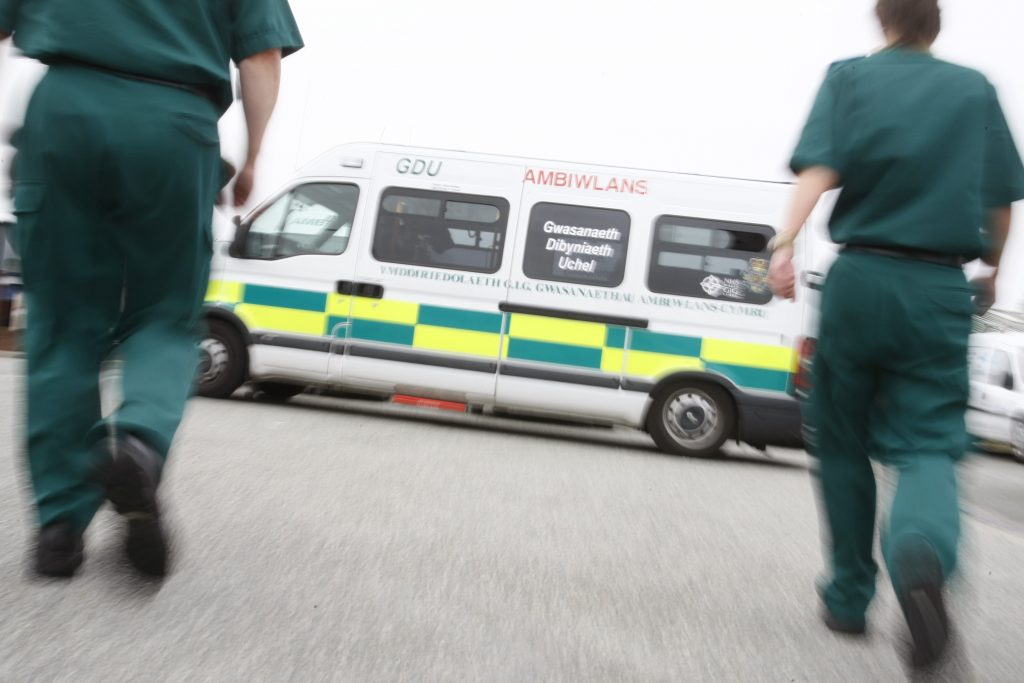 The Welsh Ambulance Service has received an extra 200 emergency calls a day as the UK heatwave continues.

Over the weekend the number of 999 calls it dealt with increased to an average of 1,500 per day, compared to the 1,300 its call handlers would normally manage.

The service is now calling on people to make sure they use ambulance crews wisely by staying hydrated and checking up on elderly neighbours, with the mercury expected to rise to 30 degrees Celsius again this week.

A spokeswoman also appealed for more patients to use the NHS Direct Wales service for advice on non-serious heat-related conditions, such as sunburn, feeling too hot and insect bites.

Meanwhile, a north Wales health board has urged caution as it tackles an increase in attendances at its three emergency departments at Wrexham Maelor Hospital, Ysbyty Glan Clwyd in Bodelwyddan and Ysbyty Gwynedd in Bangor.

“As with any extreme weather, hot or cold, we expect to see an increase in attendances to our emergency departments.

“During this spell of hot weather, we urge everyone, and in particular more vulnerable people such as children and older residents, to stay hydrated and be careful in the sun, especially if out in the middle of the day when temperatures tend to be at their highest.”

It comes as a growing number of schools in the region have taken steps to relax their uniform policy as they aim to help pupils stay cool in sweltering temperatures.

In a message issued to parents on Sunday (July 1 2018), headteacher of Hawarden High School in Flintshire, Simon Budgen, said:

“Owing to there being no ventilation in the school building over the weekend, temperatures have reached a peak.

“Given the prospect of further hot weather early in the week, we will allow students to wear their PE kit if they wish. No other sportswear is permitted.

Measures have also been taken by local authorities to protect highways and environment staff working outdoors.

“Staff working outdoors have been provided with sunscreen and caps for protection, and have also been delivered bottle water while out on work this week.”

Flintshire Council said it had also put similar precautions in place for its workers.