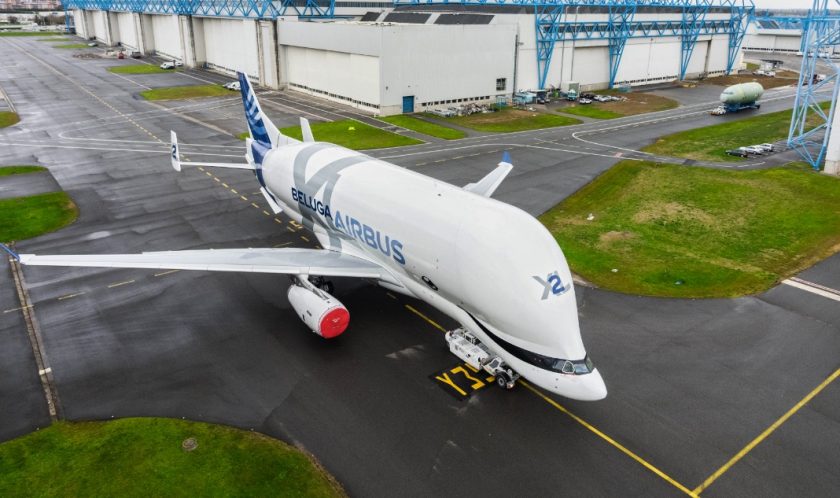 Number two XL was rolled out of Airbus HQ for a photo session, pictures have been posted onto social media by Airbus today.

BelugaXL marked an important achievement last month with its first flight carrying a set of A350 XWB wings. 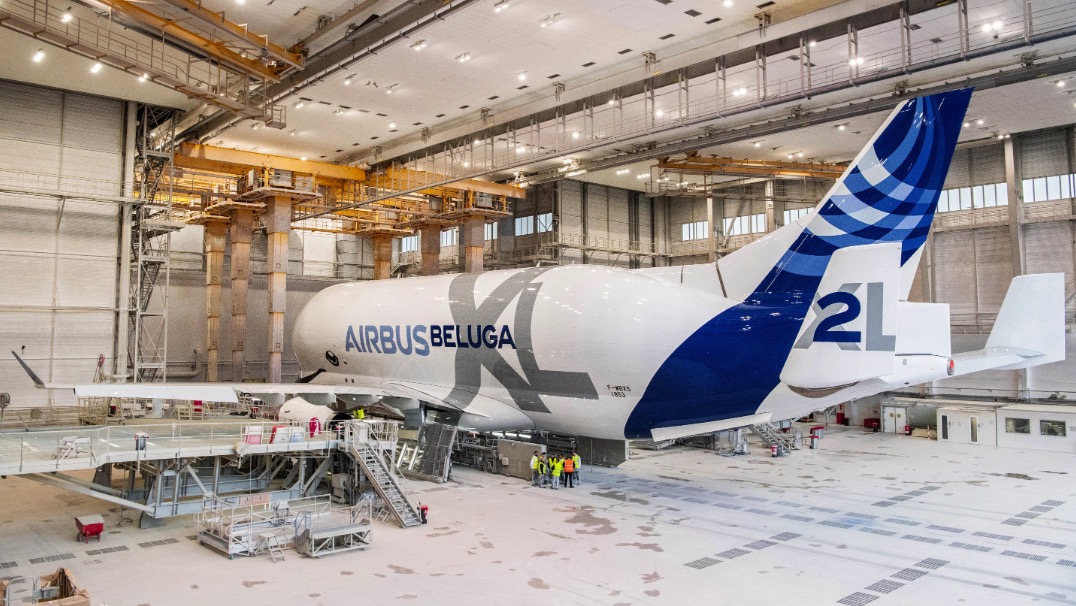 The milestone voyage originated at the company’s industrial facility in Bremen, Germany and underscored the increased capacity over its in-service Beluga ST predecessor which carries one A350 XWB wing at a time from Airbus in Broughton.

The successful voyage also put a spotlight on the enhanced role Beluga loadmasters have been given ahead of the BelugaXL’s upcoming introduction.

For current Beluga ST operations, loadmasters have taken over duties previously performed by flight engineers aboard the aircraft – a role that is being phased out.

New tasks include the safe loading and unloading of major component assemblies, such as fuselage sections and wings, using the Beluga’s unique cargo loading system.

In addition, the loadmaster communicates with the Airbus Transport International (ATI) pilots and clears the cargo for flight with a signature.

When the Beluga arrives at its destination, the loadmaster opens the cargo door, unloads the components and hands them over to the ground coordinator.

The loadmaster role requires thorough training. Part of this is theoretical, providing an insight into the aircraft’s technology and familiarising loadmasters with weight and balance calculations. It also covers subjects such as human factors and handling dangerous goods. 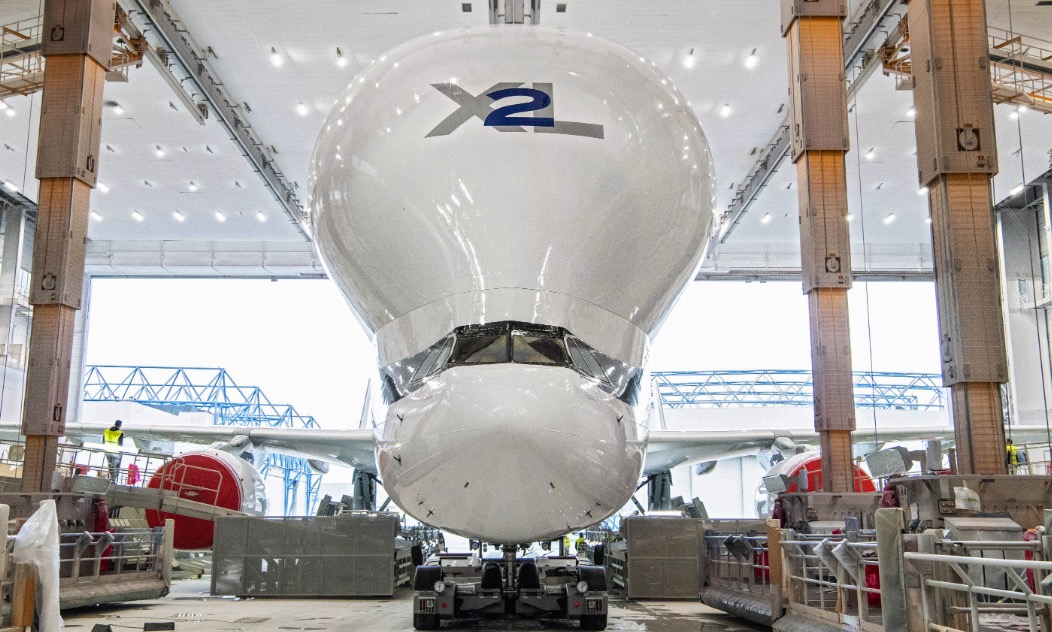 During on-the-job training, the loadmasters carry out a minimum of 20 end-to-end loading and unloading cycles, supervised by expertly trained flight engineers. Only after having successfully passed all the exams can the candidates be awarded the title of loadmaster as licensed by the French civil aviation authority.

Airbus confirmed last month it has ordered a sixth BelugaXL and media reports suggest the planemaker is targeting a 2020 retirement date for the five existing Beluga ST transporter which first came into service in 1994.

BelugaXL program chief Bernard George indicated that once Airbus has three of the larger XL planes in service by the end of 2020, it will look to sell the five original Beluga’s.


Tweets by Deesidedotcom
Wednesday May 25th 16:51