Councillors have been brought to heel after technical issues, including an attendee’s dog barking in the background, plagued a virtual meeting.

Members of Flintshire Council’s planning meeting were also criticised for tuning in late to the committee meeting, which was held via the Cisco Webex video conferencing platform.

Council leader Ian Roberts said he could not solve their IT problems for them and they were responsible for ensuring they logged in early to prevent delays.

The meeting was scheduled to begin at 1pm, but did not get underway until more than ten minutes later to check the whereabouts of missing councillors.

In total, it took them around two hours to consider two planning applications, as committee chair David Wisinger also appeared to suffer technical difficulties, causing delays to his feed.

Cllr Roberts’ remarks came after he was asked whether he could resolve an access issue raised by Cllr Patrick Heesom at the start of yesterday’s meeting.

He said: “Patrick, I cannot resolve all issues of members IT. They are many and they are various and I wish I could say yes in answer to that. 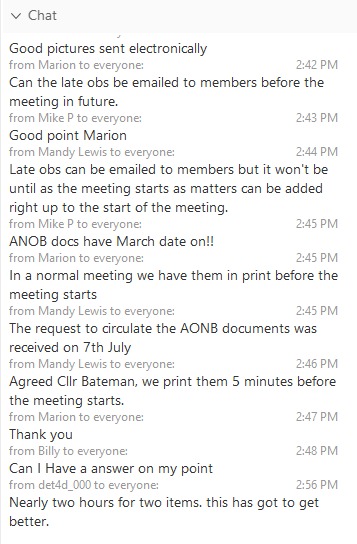 “I’m just going back to the point I originally made, I’m looking at my invitation to today’s meeting, it quite clearly says one o’clock on Wednesday the 8th July.

“I think if we follow the principle for all of these online meetings, if you want to come on at two minutes to one and you’re having difficulty, the meeting should still start at one o’clock.

“We all have difficulty on occasions, the internet goes in and out and so on, but I do need to have a chat with Colin (Everett, chief executive) and Gareth (Owens, legal officer) about what went on at the community and housing yesterday.

“We perhaps need a different way for key committee members to be actually attending meetings.”

He later added: “The point I’m making is that this is not just for your meeting today, this is for all meetings.

“If we say, can you please make sure you are on by at least ten minutes before the start of the meeting, so any difficulties can be resolved then the meeting will start at its scheduled time.”

Council officer Sharon Thomas said councillors were able to check in to all meetings half an hour before their start time.

Normally access is provided most committees quarter of an hour before it’s scheduled to begin, but she said this was earlier for planning members due to the number of councillors attending.
The debate over how the meeting was conducted also spilled over into the online chat function.

Cllr David Evans said: “Nearly two hours for two items. This has got to get better.” 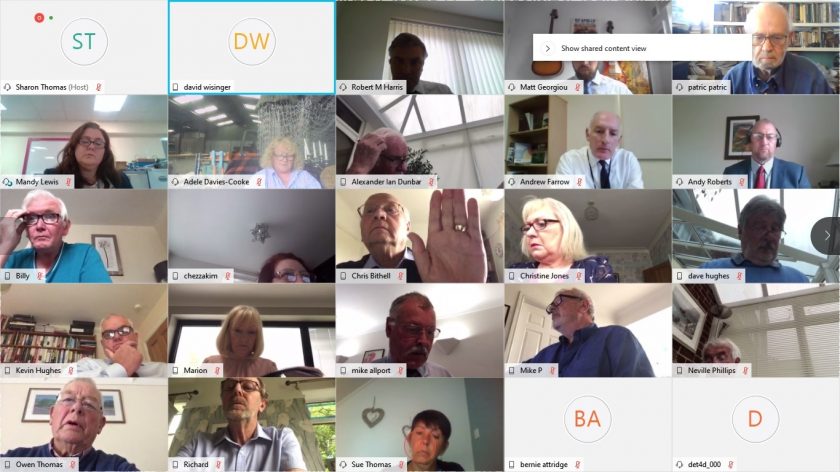 He said: “I think everybody knows that you come on earlier and when you’re on you don’t put your video on, you just wander round, then you come back and it’s just the start time.

“I think what you’re saying is right. If the meeting should start at one o’clock, if there’s one or two members missing then unfortunately that’s their problem.

“If they haven’t got here on time then we’ve got to start at one o’clock. That’s what time the meeting starts.”

His statement was interrupted by the sound of one attendee’s dog barking.

It led Cllr Wisinger to declare: “Who’s got the dog barking? Give him a biscuit”.