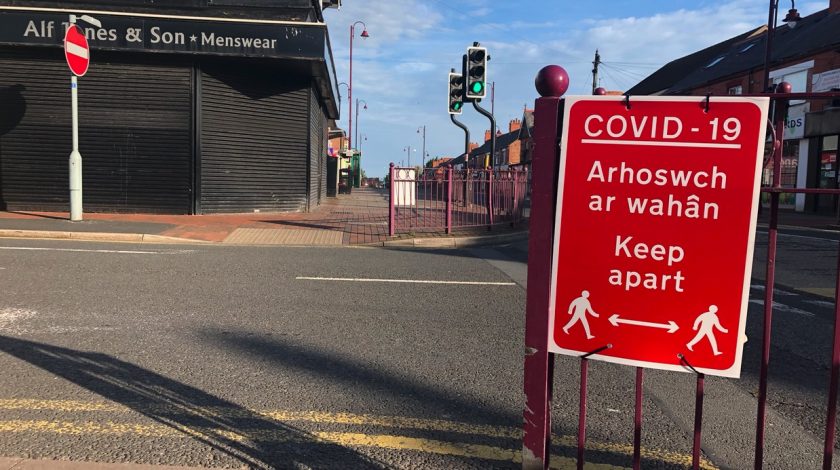 The Welsh Government has said it is actively considering a short 2-3 week national lockdown following advice from the Scientific Advisory Group for Emergencies (SAGE).

The same advice was given to the UK government but the prime minister has been accused of ignoring his own scientists instead opting for softer options such as pubs closing at 10pm.

Minutes from a  SAGE meeting released on Monday night show that Boris Johnson was advised on September 21 to introduce a “package of interventions” to prevent the “exponential rise” in new COVID cases.

SAGE states: “As over 90% of the population remain susceptible not acting now to reduce cases will result in a very large epidemic with catastrophic consequences in terms of direct COVID related deaths and the ability of the health service to meet needs.”

“Single interventions are unlikely to be able to reduce incidence. If schools are to remain open, then a wide range of other measures will be required.

The shortlist of non-pharmaceutical interventions that should be considered for immediate introduction including a circuit-breaker (short period of lockdown) to return incidence to low levels.

Yesterday Mr Johnson unveiled a three tiered system of local COVID Alert Levels for England which will be “simpler and standardised.”

Chris Whitty, chief medical officer for England said the proposals would not be “sufficient” on their own.

According to ITV Wales’ Political Editor, Adrian Masters the Welsh government has confirmed it received the same SAGE advice through its Technical Advisory Cell (TAC) group.

The Welsh government said: “We are actively considering the advice from SAGE and our TAC Group.”

“As both the First Minister and Health Minister made clear yesterday, the measures we put in place at both a local and a national level, with help from the public, have kept the spread of the virus under check.”

“However, there is a growing consensus we now need to introduce a different set of measures and actions to respond to the virus as it is spreading across Wales more quickly through the autumn and winter.

“A ‘fire break’ set of measures to control Covid-19, similar to that described in the SAGE papers is under consideration in Wales, and will be implemented if we need to.”

“At yesterday’s COBR, the First Minister called for an additional four nation’s meeting to discuss the circuit-breaker advice from SAGE.”

Described as a “circuit breaker” in the SAGE document, it would see a package of “stringent non-pharmaceutical interventions” reintroduced for 2-3 weeks should act to reduce R below 1.

Over a fortnight’s “break”, two weeks of growth “could be exchanged for two weeks of decay in transmission, assuming good adherence to measures, and no additional increase in contacts before or after the break.”

“If this were as strict and well-adhered to as the restrictions in late May, this could put the epidemic back by approximately 28 days or more. ”

“The amount of “time gained” is highly dependent on how quickly the epidemic is growing – the faster the growth or stricter the measures introduced, the more time gained.”

“If regulations and behaviour then returned to pre-circuit break levels, there would be a return to exponential growth, but from a significantly lower level than would have been the case without the break.”

SAGE says the “impact would be maximised if they coincided with school holidays.”

“Multiple circuit-breaks might be necessary to maintain low levels of incidence.”