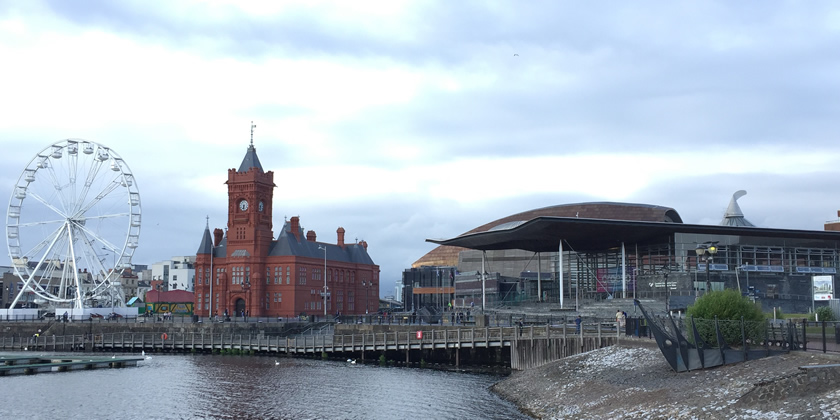 A decision on what, if any, changes to the Land Transaction Tax in Wales will be announced this week.

The First Minister Mark Drakeford announced on Friday plans to “reopen the housing market fully” as part of the next phase of easing lockdown.

From 8 July to 31 March 2021 the special rules for first time buyers in England sees a zero rate up to property or lease premium or transfer value of £500,000 and for second homes the rate is 3% (full new rate info here).

During Friday’s Welsh Government briefing the first minister was asked what he would be doing to stimulate that market in light of the Stamp Duty cut in England.

He was also asked if there was a consequential payment off the Chancellors’ announcement, and what if any, is the impact on the block grant?

“We already had a far more generous system of land transaction tax in Wales than is the case of stamp duty land tax in England.

“You don’t pay LTT in Wales buying a house up to 185,000 pounds, and that covers a far greater proportion of sales in Wales than the regime in England previously covered.

“It’s not as simple I’m afraid, I wish it was, as a consequential. It is all a matter of how the block grant adjustment mechanism deals with taxes that we have control of in Wales, as compared to revenues raised through taxes, which are controlled solely for England. So it is quite complicated.

“It has taken a couple of days necessarily to get the full information but we will have that with us this afternoon, we will look at options.

We will make a decision that we think is best for Wales and as soon as the decision is made, then we will make sure that we publicise it so that people will know if there are any changes to be made, what those changes are for house transactions and sales here in Wales.”

“We fully appreciate the public health concerns that the Welsh Government is weighing up when looking at when to fully open the housing market, however we must also highlight that there is no evidence to suggest that opening up the English housing market has caused any spikes in cases or has put people at greater risk.

“If anything, because of the excellent guidance that was collated and issued to the entire industry, we have been able to mitigate strongly against any such risk. This guidance can be easily shared with all our Welsh colleagues and the likelihood is that by following this, we create a safe environment and are able to move the housing market forward.

“If it continues to work at a slower pace, and if it feels unable to match the stamp duty changes made in England and Northern Ireland, we believe it is only fair that the Welsh Government explain its reluctance to open up the market and provide a much-needed activity catalyst, given that all evidence elsewhere suggests this would be a safe outcome.”

Matthew Pratt, Chief Executive of Deeside based Redrow said he strongly recommends to suspend the tax to generate more market stimulus, he said:

“The Welsh Government has an opportunity to further stimulate the housing market as well as the wider economy across Wales.

“An immediate cut in the Land Transaction Tax would not only offer much-needed support to housebuilders and those seeking entry to the housing market, but also to the associated suppliers, subcontractors and consultants who rely on house sales and the continuation of housebuilding to remain in business.

“Wales is now entering a new phase of economic recovery and we would strongly recommend a suspension of this tax to provide the stimulus for additional spending across the country.”