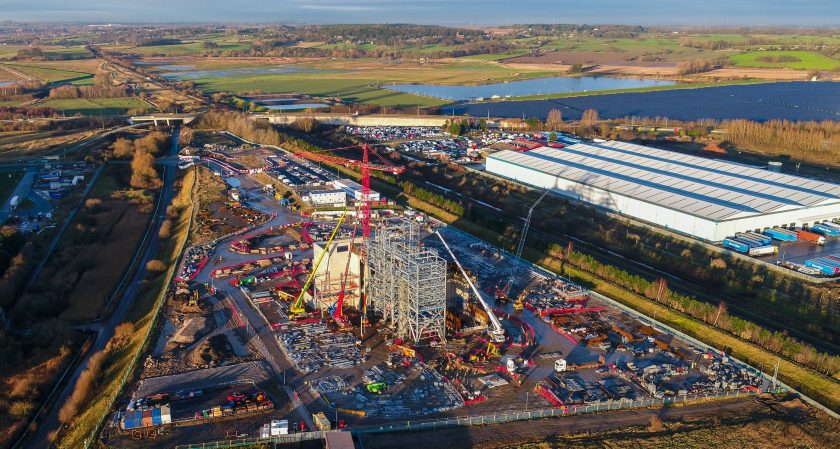 Unite has accused Welsh councils of creating a ‘race to the bottom’ for construction projects and has warned a “rogue” project on Deeside is undermining pay, conditions and safety.

Unite’s ongoing concerns revolve around the building of an £800 million Parc Adfer energy from waste facility on Deeside Industrial Estate which has been subject to a number of protest by Union members, the latest being this morning, Friday, February 9.

The partnership has contracted French company CNIM to undertake the project and American outfit Wheelabrator is also a major player on the site. 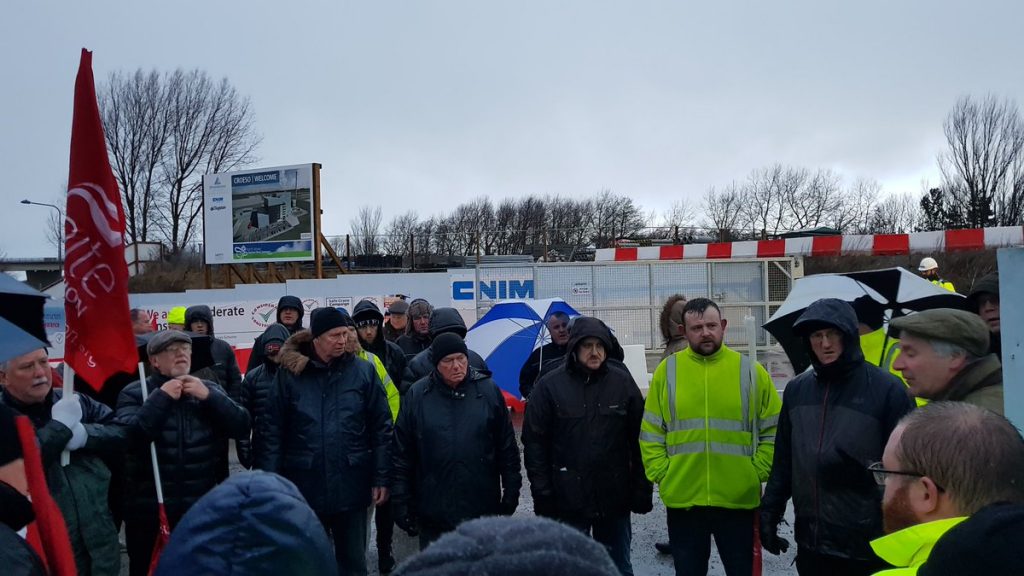 Unite say CNIM is refusing to apply national construction agreements and is only using the minimum wage to set pay rates.

As well as the attack on the NAECI agreement CNIM are undermining health and safety, welfare provisions, training and refusing to employ local labour.” A Unite spokesperson said.”

CNIM has said the NAECI is an optional agreement as Parc Adfer was procured by local authorities in 2016, “who are duty bound to make the best use of public funds. The UK and Welsh Governments are clear that NAECI is not specified as a requirement for local authority projects.

As a result, the project is not designated as being a NAECI site and will not become one. There are no local authority projects to date that have been designated NAECI and as far as we are aware, no project has become one after the procurement phase has closed.”

It is understood that there are currently 60 workers on the site but this is set to expand to 250-300 workers.

Unite has been applying pressure on the local authorities, local MPs, assembly members and the Welsh Assembly, in order to resolve the problems.

Park Adfer is a stain on the construction industry, the Welsh authorities are giving carte blanche to CNIM to turn the clock back 50 years on construction rights.

This project is a direct threat to the NAECI agreement and it must not be allowed to set a trend for future work.

Workers on the site are getting a pittance as the proper rates of pay and conditions are simply not being applied. There is no union representation; safety is being compromised as there are no elected safety reps.

The future of the industry’s collective agreements are being undermined despite their being a looming skills chasm in the industry, there is no apprentice training being undertaken at Park Afder.

National agreements work for both workers and employers, workers receive a fair rate of pay and operate in a safe controlled environment, where they go home safely each day. In return projects are delivered promptly and on budget.

Frankly it is insulting how the councils led by Flintshire have tried to wash their hands of the exploitation and misery which is occurring on their doorstep.

The local councils need to stop rolling over and having their bellies tickled by Wheelbrator and CNIM and instead they must take action and ensure that the exploitation and squalor being created at Park Afder is ended.

There have already been several protests at the site and is likely that these will increase, as Unite members and fellow construction workers prepare to travel from across the country to protest.

CNIM has fired back at Unite’s claims, a spokesperson said:

The claim that CNIM excludes local workers is also not true. We held a jobs fair in May, which was attended by more than 150 people and since then, we have had an additional 120 people express interest in contracts.

Many of these contracts are still not yet let so to suggest they are not going to local companies or workers is clearly wrong.

We will be holding another jobs fair at the beginning of quarter two, which will be advertised soon. We have been working according to the Welsh Government Code of Conduct, which sets out best practice for projects like this.

This position is supported by the Unions and we also require our sub-contractors to work to the same guidelines.

There are 30 local companies who are currently or have been employed on site, and there will be more to come.

CNIM does not compromise health and safety on its sites and we dispute that health and safety, welfare provision and training is being undermined at Parc Adfer. We have had inspections from the local authority and HSE, which were exemplary.

“The attached leaflets (below) recently produced by the local authority Partnership in response to Trade Union protests outline our  position.  Dialogue is on-going between the Trade Unions and WTI and CNIM, facilitated by the Partnership.” 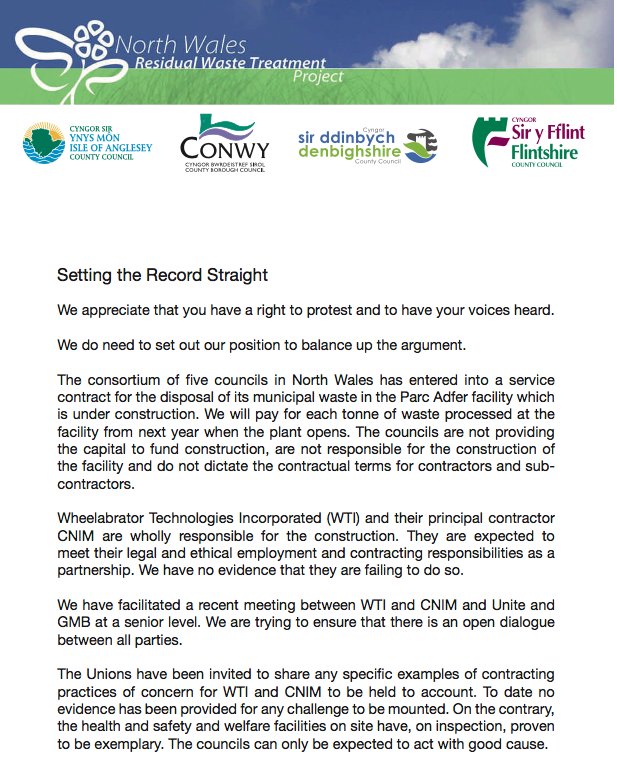