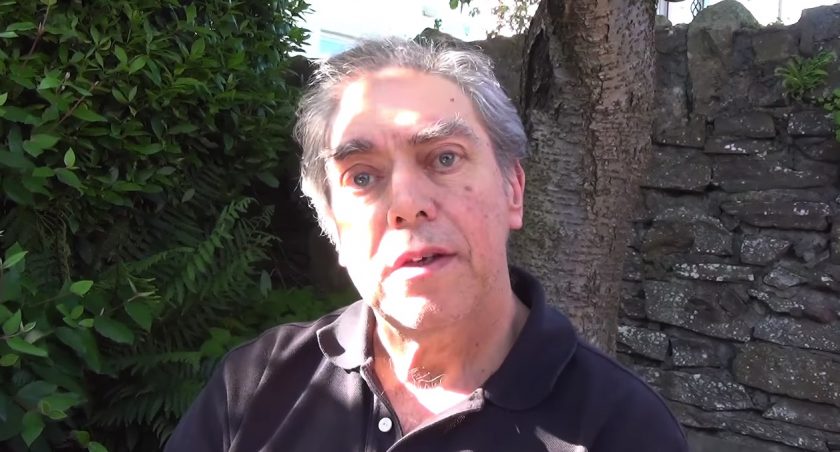 Tributes have been pouring in for the celebrated playwright, poet and novelist Sion Eirian who has died after a short illness.

Mr Eirian, 66, who was raised in Mold, was hailed as a genius by family friend, His Honour Judge Niclas Parry.

He leaves his wife of 40 years, Erica, and his younger brother, Guto.

He moved to live in Flintshire from Carmarthenshire in 1962 when his father, the Reverend Eirian Davies, who was also an acclaimed poet, became Minister of Bethesda Chapel in Mold.

His mother was the journalist and editor, poet Jennie Eirian, who worked as a lecturer at Cartrefle College in Wrexham, before becoming editor of the influential Welsh language newspaper, Y Faner.

Sion was a pupil at Ysgol Glanrafon Primary School and then Ysgol Maes Garmon in Mold.

He graduated in Welsh and philosophy at the University of Wales Aberystwyth before studying at the National College of Music and Drama in Cardiff and was made a Fellow of the College. .

It was as a playwright that he truly made his mark , writing for stage and screen.

Sion, who lived in Cardiff for many years, was responsible for some of S4C‘s most popular drama series and wrote the channel’s first ever detective series, Bowen a’i Bartner (Bowen and Partner).

From 1978 he was one of the main scriptwriters and editors for the S4C soap opera series Pobol y Cwm.

Judge Niclas Parry, a close childhood friend of Sion’s brother, Guto, said: “From an extremely early age I spent many many hours at the family home, the Chapel Manse, Bron Afon Mold.

“It was obvious then, even to a primary school boy, that Sion was exciting, innovative, original and prepared to challenge the recognised norm. It was no surprise to see him develop into the genius that appeared to be within him from his school days .

“His plays, particularly his stage plays, continue to be recognised as exceptional, philosophical and politically charged drama, and he was never afraid to challenge real issues, often graphic and always thought provoking.

“In many ways, he put Flintshire on the cultural map. Who can ever forget the comedy series, Mostyn Fflint ‘n aye, that he wrote for television about a Flintshire character acted so memorably by his fellow pupil at Ysgol Maes Garmon, Cadfan Roberts?

“On a personal level, so many of those who knew Sion well have spoken of his kindness, warmth and compassion and in particular his willingness always to support and encourage others in the field of literature and in particular drama.

“It is the view of many that Sion did not receive the credit that he deserved, particularly in recent years, and many have questioned the paucity of his work on television in recent years. But he was an exceptional writer and one of whom Flintshire should be hugely proud.”

She said: “He made an all-important contribution to the drama department and was one of the mainstays of Pobol y Cwm for many years.

“He was a natural and incisive scriptwriter who instinctively knew which stories would appeal to the audience.”