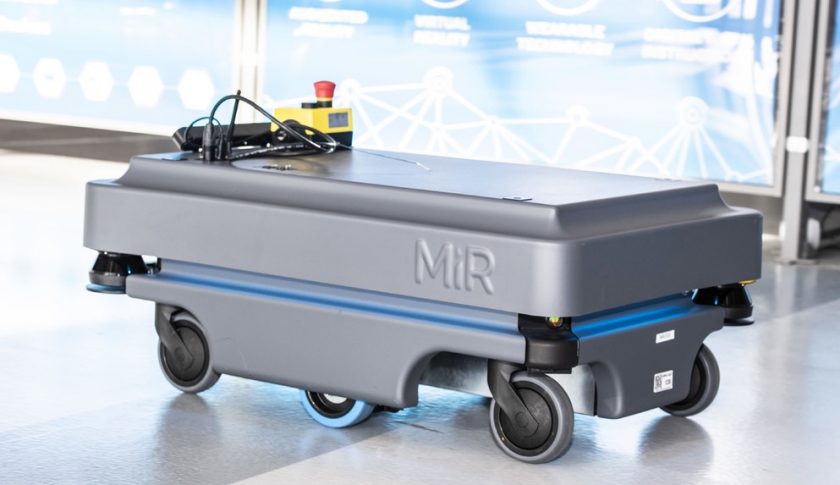 Entire aircraft wing assemblies could be transported by intelligent, autonomous robots at Airbus in Broughton.

Engineers from The University of Sheffield Advanced Manufacturing Research Centre (AMRC) and Airbus embarked on a ambitious research project to develop robotic vehicles which can deliver tooling supplies around the vast wing making facility.

Airbus wants to automate component handling which involves significant amount of manual work due to the sheer size of the components and precision required during aircraft assembly.

“This project has been Airbus’ first trial of autonomous mobile robots (AMRs) on the shop floor.

We have made a number of enhancements to the standard off-the-shelf technology to make it safe and suitable for our factory environment and are now setting benchmark for its roll-out to other Airbus sites worldwide.

Doing small scale trials with this AMR has given us a good idea of the challenges involved in adapting this technology and the needs for future development work,” 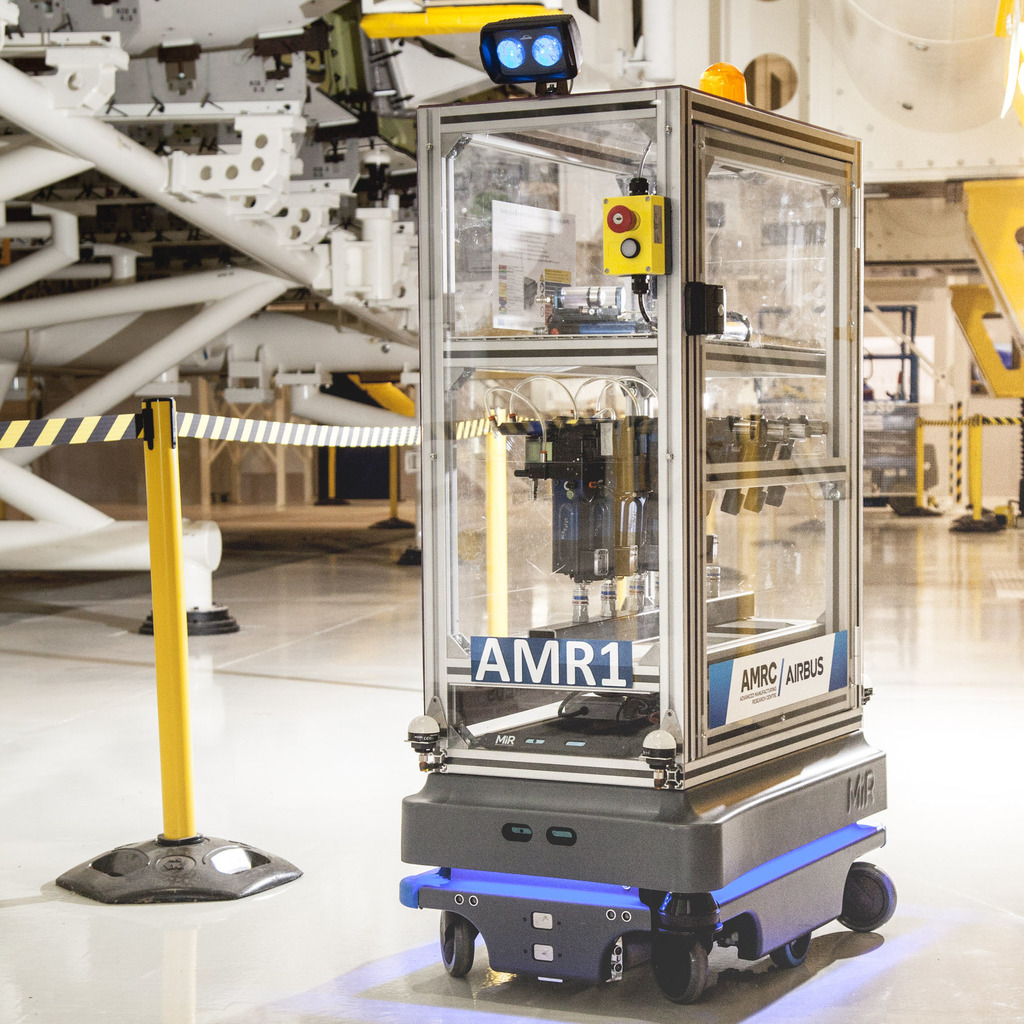 AMRC, which has been appointed to manage the new £30m flagship Advanced Manufacturing Research Facility currently under construction in Broughton (Bretton), is developing the robots based on the MiR200 robot from Danish company, Mobile Industrial Robots ApS.

They have a payload of 200kg and top speed of 4km/h and the engineers have been adapting them to safely transport small items such as drilling tools in a storage rack.

In-built laser scanners map the environment for the robots, so they can navigate their surroundings unaided by human intervention; whilst flashing lamps and beacons indicate current status and intended direction to those in the vicinity.

“Supervised trials of the robots have already taken place and estimated that utilising them could save the whole time equivalent of one operator per shift in the current use case at Airbus, freeing time for the operators to work on highly-skilled tasks, ultimately improving shop floor productivity.

“This outcome has led to Airbus exploring opportunities where such robots could be used to optimise processes, including specially adapted versions to pull trolleys with aircraft parts and tooling already in use at the Airbus site.” 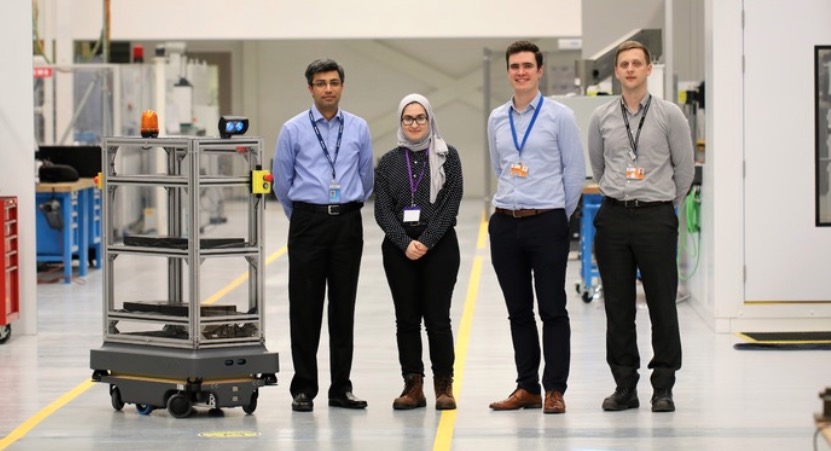 [Amer Liaqat and Sema Al-Attbi of Airbus UK with Dr Lloyd Tinkler and Dr Scott Dufferwiel of the AMRC and the MiR200 robot shown with its racking, integrated flashing beacon and direction indicator projector]

Researchers are also working with AMRC to establish a business case for future deployments of robots across the Airbus shop floor.

A trial will also see the AMR’s deployed unsupervised by humans at the Airbus Broughton site, the aim will be “validate” the estimated time-savings, the number of movements and how many tools the robots are delivering between the engineers per shift.

The trail will ensure the autonomous robotic vehicles are ready to roll out live onto the workshop floor to assist engineers by delivering supplies from a number of locations.

“We can see the potential to go even further and work with the AMRC to develop autonomous mobile robots for precision assembly tasks such as component positioning and certification.

Developing it further, we could see this technology being utilised to transport an entire aircraft wing between factories on site at Broughton.”