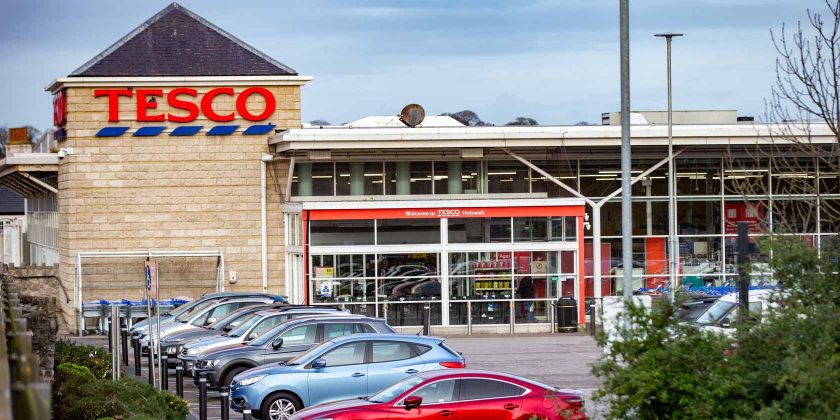 Supermarket chains Tesco and Asda are following Morrisons and Sainsbury’s by banning customers who refuse to wear a face covering without a medical exemption.

Yesterday Morrisons said customers who refuse to wear a mask without a medical exemption will be told to leave stores.

Morrisons, which has stores in Connah’s Quay and Saltney, said it had “introduced and consistently maintained thorough and robust safety measures in all our stores” since the start of the pandemic.

But it said: “From today (Monday) we are further strengthening our policy on masks.”

Morrisons Chief executive David Potts said: “Those who are offered a face covering and decline to wear one won’t be allowed to shop at Morrisons unless they are medically exempt.”

Sainsbury’s also said it would challenge those not wearing a mask or who were shopping in groups.

Tesco has stores in Holywell, Mold and Broughton, a spokesperson said: “To protect our customers and colleagues, we won’t let anyone into our stores who is not wearing a face covering, unless they are exempt in line with Government guidance.”

“We are also asking our customers to shop alone, unless they’re a carer or with children.”

“To support our colleagues, we will have additional security in stores to help manage this.”

“Our colleagues are working hard in difficult circumstances to make sure everyone can get what they need and we’d ask everyone to please be kind, patient and respectful as we all work to keep each other safe.”

An Asda spokesman said if customers had forgotten their face coverings, it would continue to offer them one free of charge.

“But should a customer refuse to wear a covering without a valid medical reason and be in any way challenging to our colleagues about doing so, our security colleagues will refuse their entry,”

First minister Mark Drakeford said last week the Welsh Government will ‘work with’ major retailers to “make sure that people are safe when we go out shopping”.

It comes amid growing calls supermarkets and stores that have remained open to tighten measures to help protect staff and shoppers.