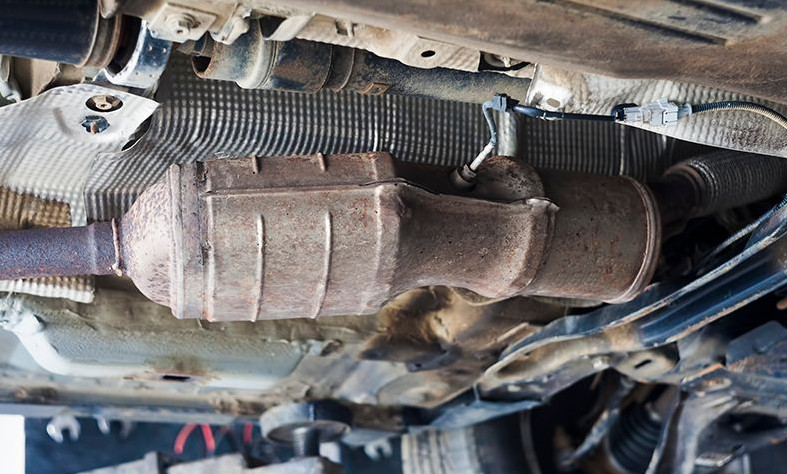 Police in Flintshire have issued a warning to owners of smaller Toyota cars that their vehicle is a target for catalytic converter thieves.

The warning comes after a number of catalytic converter have been taken from cars in the area recently.

Police have also warned that high clearance and hybrid cars are also being targeted.

@DeesideDotCom @wrexham
VEHICLE OWNERS BEWARE – Hybrid and high clearance vehicles are being targeted by thieves stealing catalytic converters.
Park in a garage, park so that the underside is difficult to access, exhaust end parked near to a wall/fence. Make access difficult pic.twitter.com/rvIq489zOl

A Toyota Prius parked in Woodland Street, Shotton was targeted last week and police have said there has been an increase in thefts.

A spokesperson said: “We have seen an increase in theft of catalytic converters from cars in the last 2 weeks.”

“It seems that smaller Toyota models are being targeted.”

“Please consider the below advice and call us immediately if you see anything suspicious.”

“Investigations are ongoing but please pay attention to groups of men in vehicles driving slowly down residential streets.”

To reduce the risk of having your catalytic converter stolen, you should:
• Park your car in a locked garage where possible, but if this isn’t an option, then park it in a well-lit and well-populated area
• Park close to fences, walls or a kerb with the exhaust being closest to the fence, wall or kerb to make the theft more difficult
• Avoid parking your vehicle half on the pavement and half on the road, as this may make it easier for thieves to access the catalytic converter
• If parking in a public car park, consider parking alongside other cars and facing you bonnet towards the wall if possible. With the catalytic converter positioned at the front of your vehicle, this will make it harder for thieves to get close enough to steal it
• If your catalytic converter is bolted on, you can ask for your local garage to weld the bolts to make it more difficult to remove.
• Alternatively, you can also etch a serial number on the converter
• You can even purchase a ‘cage clamp’ which is a cage device that locks in around the converter to make it more difficult to remove
• Speak to your dealership about the possibility of adding a tilt sensor that will activate the alarm should any thief try to jack the vehicle up to steal the converter
• If you see someone acting suspiciously under a vehicle, report it to the Police. Obtain as much information as possible, including any vehicle registrations

Any one that has information about catalytic converter thefts should contact police on 101 or via the webchat  https://www.north-wales.police.uk/contact/live-chat-support.