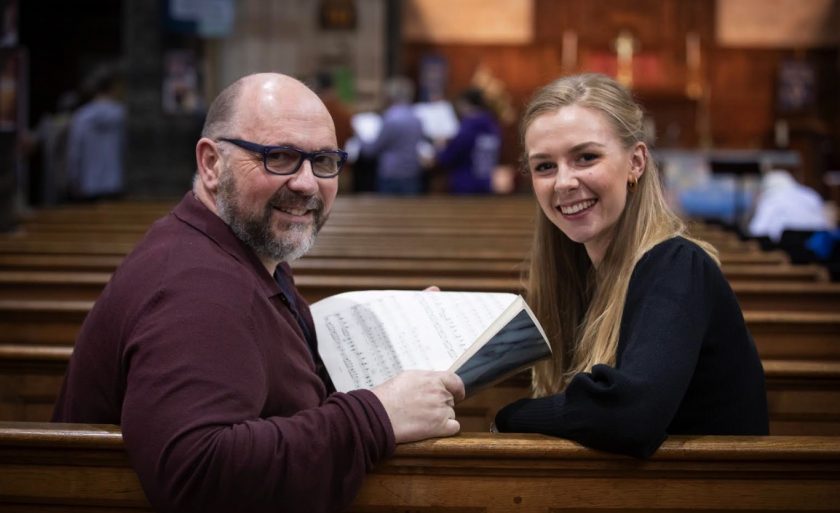 Singers from across Flintshire are being given an ‘unmissable’ chance to join a community choir coached by Wales’ top opera professionals.

Amateur singers of all levels and ages are part of Welsh National Opera (WNO)’s Community Chorus North, which is brought together for specific performances and gives members the opportunity to learn from hugely respected singers and composers.

Launched three years ago the Chorus has impressed its audiences at numerous major venues in North Wales.

With a full 2020 calendar ahead, it is now encouraging more people to sign up to boost its numbers, ahead of the next project due to start in the new year.

Budding singers with no prior operatic training have been playing their part in the Chorus, which meets at venues in Llandudno, with many describing the experience as ‘unmissable’.

Their latest performance was at the North Wales International Music Festival at St Asaph Cathedral in September and the current group is preparing for a rendition of the moving Carmina Burana at the close of Venue Cymru’s Winter Light parade in Llandudno in November.

Among those relishing the chance to sing with WNO is Geraint Evans, who grew up in Trelawnyd, Flintshire, and was named after one of the greatest ever Welsh opera singers, Sir Geraint Llewellyn Evans.

The knight of the realm was famed for operatic roles including Figaro in Le nozze di Figaro, Papageno in Die Zauberflöte, and the title role of Verdi’s Falstaff.

Geraint, 60, said: “I would never compare myself to my namesake, but it’s a fact I was named after him. My parents were listening to him sing on the radio around the time I was born and loved his voice so much that they decided to call me Geraint too.”

It is not the only musical connection in the family. Geraint’s grandfather, John Parry, was a founder member of Trelawnyd Male Voice Choir, of which he himself is now secretary.

His father, Hubert Evans, 94, was also a member for many years.

But Geraint says despite his long experience and love of singing in a male voice choir, it does not compare with the operatic style he is now learning from WNO Community Chorus North.

He said: “It’s completely different, not just in terms of the style of music we sing but the vocal range too. We’re all amateurs together learning new skills and enjoying exciting music.

“I was unsure about taking part at first but everyone has been so welcoming and friendly, I’m loving it.” 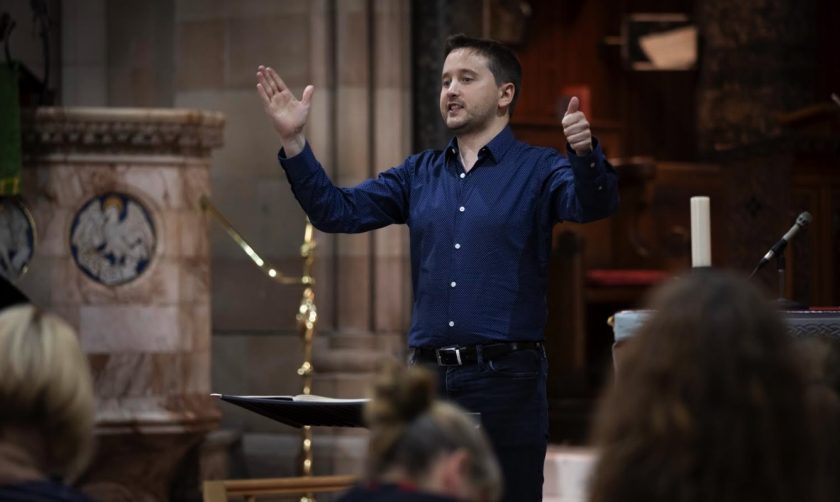 Geraint who joined the Chorus a couple of years ago said a favourite moment was when they performed in A Magnificat Journey concert at St Asaph Cathedral for the 2017 North Wales International Music Festival alongside NEW Sinfonia, Côr Siambr Canolfan Gerdd William Mathias and WNO soloists conducted by Robert Guy.

He said: “It was such a privilege to perform among such distinguished musicians and to have been coached by WNO team.”

Geraint was delighted to be back at St Asaph Cathedral this year for the North Wales International Music Festival 2019. This time the Community Chorus shared the stage with WNO soprano Samantha Hay, tenor Rhodri Prys Jones and baritone Roland Wood, and performed Haydn’s The Creation, and Carmina Burana by Carl Orff.

Geraint encourages anyone who loves singing to sign up for the Chorus, whether or not they are familiar with opera.

He said: “I’ve had years of experience choir singing but I knew nothing about opera until I joined. At first I thought my voice wasn’t suited to the operatic style but other members of the Chorus told me to persevere and give it six weeks to decide.

“I did and by the end of the six weeks the training was so good and enthusiasm of fellow members so high that I felt much more confident. It’s a brilliant feeling being part of such a team effort and to be taught by some of the best in the business.”

Another Flintshire singer Del Spencer, 60, of Carmel, near Holywell, also encouraged newcomers to the Community Chorus.

Del who often gets to rehearsals extra early to help with admin, such as registration, and prepare teas and cakes for singers to enjoy during rehearsal breaks, has been a member since the Chorus was launched three years ago.

She said: “I just love singing and the great thing about coming here is that everyone is so supportive of each other. It’s the best group of singers I’ve ever been involved with. The music can be so emotional too, it completely draws you in.”

Both she and Geraint are eager to take part in the next Community Chorus project when it is announced in the new year.

Youth and Community North Wales Project Manager at WNO, Morgana Warren-Jones, said the Community Chorus is brought together for specific performances and is completely open to new or returning singers.

She said: “They don’t have to have had experience in opera, or even previous choir experience. All we ask is that they can commit to turning up for the rehearsals we need to do for the Chorus to be able to deliver a polished performance at the end of each project.”

Eighty singers signed up for their September 2019 concert at the North Wales International Music Festival. It was staged at the 13th century St Asaph Cathedral where the acoustics created by the stone and vaulted wooden ceiling have been compared to those at Sydney Opera House.

Each Community Chorus project offers the chance to work with WNO professionals including singing teacher, choral conductor and workshop leader, Jenny Pearson, originally from Mold, who has performed worldwide as a mezzo soprano soloist and chorister.

The choir also regularly works with Wrexham-born conductor, Rob Guy, widely hailed as one of the most exciting conductors of his generation. Head of Choral Programme and Director of Ensembles at Manchester University, he is Artistic Director of the award winning NEW Sinfonia orchestra, conducts the University of Manchester Symphony Orchestra and Chorus and is a regular guest conductor with the world famous Manchester Camerata.

For more information about WNO Community Chorus North, details of future projects and how to get involved visit https://wno.org.uk/take-part/community-chorus/community-chorus-north