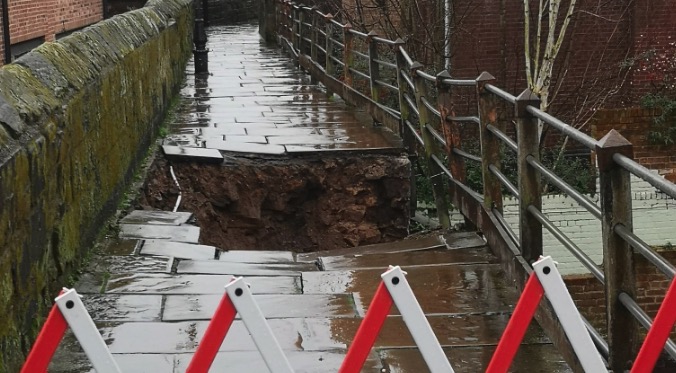 An investigation has been launched by council officials after a section of Chester’s Roman wall collapsed last night.

It is understood that excavations being carried out by a private developer alongside the historic structure, “compromised the integrity of the ancient monument.”

Early indications appear to show that earth had been removed from the bottom of the city walls behind 15 to 19 Newgate Street  – near to the wall walkway leading out of the Grosvenor Shopping Centre.

The removal of too much earth exposed a section of bare foundations.

The developer has now stopped the works within their site, to enable further assessments to be undertaken, the council has said.

Councillor Karen Shore, Deputy Leader and Cabinet Member for Environment, Highways and Strategic Transport, said: “The Council is taking this situation very seriously and we will ensure that a thorough investigation is carried out. I am thankful that no-one has been hurt as a result of this collapse and our priority will continue to be public safety.”