Scheme which could see drug users in North Wales given prescribed heroin will save lives, says police commissioner 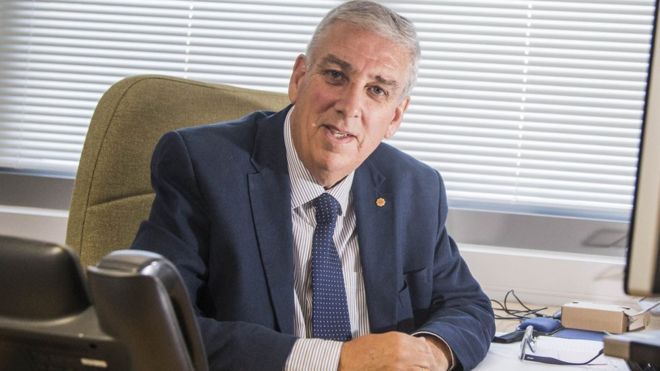 A scheme which could see drug users in North Wales given prescribed heroin will help to save lives and reduce crime, according to the region’s Police and Crime Commissioner.

It would allow people with problematic drug use to be given medical-grade heroin at special centres where they can inject themselves twice a day, seven days a week.

Mr Jones, a long-time campaigner for drug reform, today (Monday, 2 November) held an online conference to raise awareness of the initiative, with Deeside previously suggested as one possible location.

The virtual gathering heard from a number of expert speakers, many of whom backed the introduction of the pilot in North Wales.

The Welsh Government has given public bodies across the country the green light to consider HAT services, although a representative said they could prove to be costly and controversial.

However, the Plaid Cymru commissioner said it was time for people to stop stigmatising drug users and start supporting them.

Mr Jones said: “The focus for far too long has been on the legality of these substances, with those who are struggling to function on a daily basis being ostracised because taking drugs is their only escape.

“If we are really to make a difference, we need to recognise that taking drugs is not a lifestyle choice as some would have us believe, but rather an illness that can be treated.

“Today we challenge these opinions, and we will demonstrate how providing alternatives to illegal street drugs can reduce demand on services, reduce the organised crime market, but most importantly save lives.”

The latest government figures show that the number of drug related deaths in Wales dropped by around 21 per cent in 2019 compared the previous year.

Despite the downward trend elsewhere, North Wales saw an increase from 36 to 39 deaths where drug poisoning and misuse was cited as the main cause.

The conference was told the rise was mainly due to issues in the Wrexham and Anglesey areas.

Mr Jones said the problem had been made worse by County Lines drug gangs operating in the region, who use children and vulnerable people to transport illegal substances from the north west of England.

He said: “The market is currently in the hands of criminals who are continually exploiting vulnerable people.

“This includes the exploitation of children and young people who are being exploited through the County Lines so-called business model.

“It’s estimated that the North Wales County Lines market receives £32m each year, resulting in the exploitation of vulnerable individuals.

“Harm reduction is key to changing perspectives and providing support for the most vulnerable in our society.”

He also highlighted another initiative which has seen officers in Flintshire start carrying a life-saving nasal spray which acts as an antidote to a drugs overdose.

A letter was issued by the Welsh Government in March 2020 which advised public bodies that any decision to introduce a HAT service would need to balance the financial cost against how effective it would be.

Speaking at this morning’s conference, the government’s deputy director of substance misuse policy Tracey Breheny said: “I’m sure that today’s conversations will be an important start of the dialogue that’s happening in North Wales on this issue.

“We understand that HAT as an option is an evidence based approach and I’m sure that the expert contributions today will be really informative around that.

“However, we also understand that this is an area of treatment that’s undoubtedly controversial and based on evidence used, only for a small cohort of individuals who may not have responded well to other treatments.

“By its very nature and given the requirement to offer supervised consumption, it also can be expensive.”

Whilst drawing attention to the pitfalls, she said it was to the credit of agencies in the region that solutions to drug addiction were being explored.

George Charlton, a former drug user who now helps others dependent on illegal substances, was among those who spoke in support of HAT programmes.

He said the cost of helping people was often less than sending them to prison.

He said: “What we need to take into account is that we’re prepared to criminalise people for using drugs and put them in jail for a sum of between £45,000 to £50,000 a year.

“No rehabilitation happens and what does HAT cost? Around £12,000 per year per person.

“You could put five people through HAT for the cost of sending one person to prison.

“It seems to me, that when it comes to drug users it’s about saying that good people don’t take drugs and people who take drugs are evil people. As a result of that, we’ve created an underclass.”

Mr Jones told attendees he would continue to seek support to trial a HAT scheme in North Wales.

He said the main barrier was down to funding, as well as gaining the backing of public health bodies in the region.