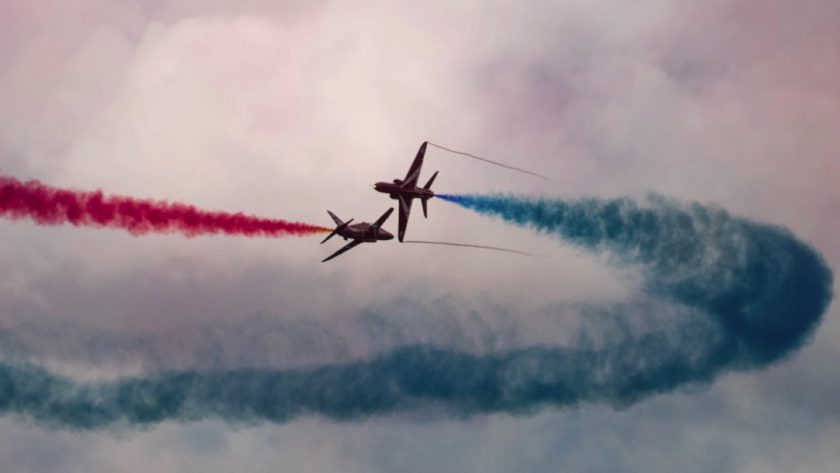 Held over Saturday and Sunday 25th and 26th August, spectators will get to see the Battle of Britain Memorial Flight featuring a Spitfire, Hurricane and Dakota and the Red Devils Parachute Display Team.

Events in the air get underway at 2pm on both days, ground-based attractions include a replica Hurricane and Spitfire, a host of military vehicles, a Winston Churchill impersonator and stands from the Royal Air Force, the Royal British Legion, Ellesmere Port Speedway Museum and many more.

One of the highlights of Rhyl airshow is a spectacular display by the RAF Red Arrow, previous years has seen the world renowned acrobat team use Hawarden airport as a base.

Speculation had been swirling around for several weeks that the Red Arrows had ditched their usual plans to use the Airbus operated airfield, this was confirmed earlier this week.

It is understood they were not able to negotiate time slots, Airbus declined offer any comment when asked.

The Battle of Britain Memorial Flight’s Spitfire, Hurricane and Dakota were also expected to use Hawarden airport however several reports on social media suggest they may have changed plans, those changes have not been reflected via BBMF social media posts as yet and still show they will be using Hawarden.

Weather and serviceability permitting (as we always say!), here is the flying plan for the next week. pic.twitter.com/YbC34uHMIv

Aircraft still expected to fly from Hawarden over the weekend include a Bristol Blenheim, the Hawarden based Strikemasters, Yak and the Red Devils parachute team onboard their Sky Van aircraft – of course all dependent on weather. 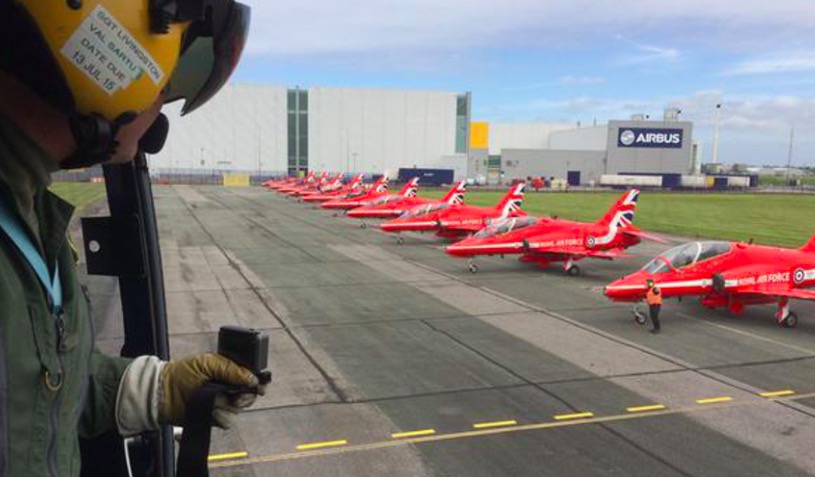 If you are going to Rhyl park and ride services will be in operation during the air show and services from Prestatyn and St Asaph will operate into Rhyl to reduce traffic congestion during the event.

Police are reminding visitors to make plans to avoid getting caught up in the traffic, North Wales Police will be working in partnership with Denbighshire County Council and the other emergency services to ensure a safe event.

Officers will be patrolling the streets and additional safety measure will be in place for reassurance.

Traffic plans have been drawn up by the council and event organisers and people are encouraged to allow plenty of time for their journey and to follow the signs relating to the park and ride services which will be operating. Supt Nick Evans said:

“This is always a great event for Rhyl and we want everyone to have a safe and enjoyable weekend. It is important that those attending the event follow the traffic management signage which will be in place. A park and ride facility will be in operation which will assist those attending to avoid the traffic congestion.” “Please ensure that your vehicles are locked and secure and that all valuables are removed.”

Police have warned people not to fly drones in the area of the air show as it will be subject to a Restricted Airspace Temporary Order, “any breaches of which will be prosecuted.”

Morning all.#RhylAirShow is on this weekend. Trains will be busy, especially after the close of the air show each day.

Please be patient & considerate. If you have a pram, fold it up before boarding if possible.

We will be about to assist @ArrivaTW staff at Rhyl.