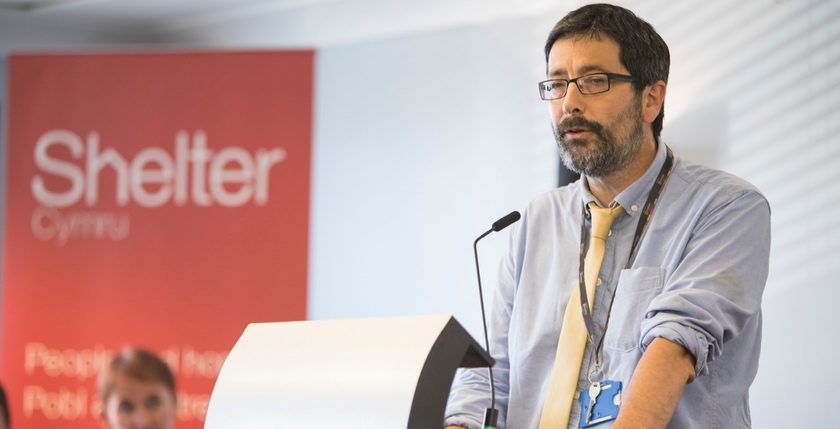 Research into homelessness amongst prison leavers carried out by university staff

An evaluation of homelessness services provided to adults leaving prison has been carried out by academics at Wrexham Glyndŵr University.

The evaluation found that whilst some aspects of the provision are considered to have improved in recent years, are areas where more needs to be done to identify and meet the needs of prisoners at risk of homelessness.

Commissioned by the Welsh Government, the evaluation was carried out by academics in the university’s criminology department, assessed the National Pathway for Homelessness Services to Children, Young People and Adults in the Secure Estate.

The Pathway, which was launched in December 2015, followed changes to homelessness legislation brought in the year before by the Housing (Wales) Act 2014 – which, among other provisions, removed an automatic priority need for housing status which had formerly been given to prison leavers.

Dr Iolo Madoc Jones, reader in criminology and criminal justice at Wrexham Glyndŵr University, led the team who were asked to analyse the effectiveness of the new Pathway.

A former senior probation officer, and Associate Inspector for Her Majesty’s Associate Inspectorate of Probation, Dr Madoc-Jones and his team worked with representatives from each of Wales’ 22 local authorities, prison based staff, housing support staff, probation service staff supervising prison leavers – and prison leavers themselves – to analyse how the new pathway was working on the ground.

The resulting report was published earlier this month and discussed at Shelter Cymru’s annual conference – with Dr Madoc-Jones among the speakers.

He said: “Our research suggested that most local authority stakeholders thought that the level of support provided to prison leavers in the medium and longer term was better than before the National Pathway was introduced.

“But many people who contributed to the research were critical of how prison leaver’s needs were assessed while they were in custody and before they were released. Improvements were needed in the exchange of information about prison leavers and their needs before they left prison.

“Prisons have become incredibly difficult places to manage and staff shortages often mean there are not enough people on the ground to assess prisoners’ housing needs and make the necessary referrals to housing departments.

The report also identified the need for more gender-specific services to help female prison leavers and for additional processes to ensure ‘revolving door’ offenders get intensive support to help tackle their needs.

Dr Madoc-Jones added: “We have made a series specific recommendations for the Welsh Government, Ministry of Justice and Prison Service, probation services and local authorities to consider in our report – and hope that it has helped to shape the thinking on the National Pathway.”

The report can be found here. You can find out more about Wrexham Glyndŵr University’s BA (Hons) Criminology and Criminal Justice degree here.