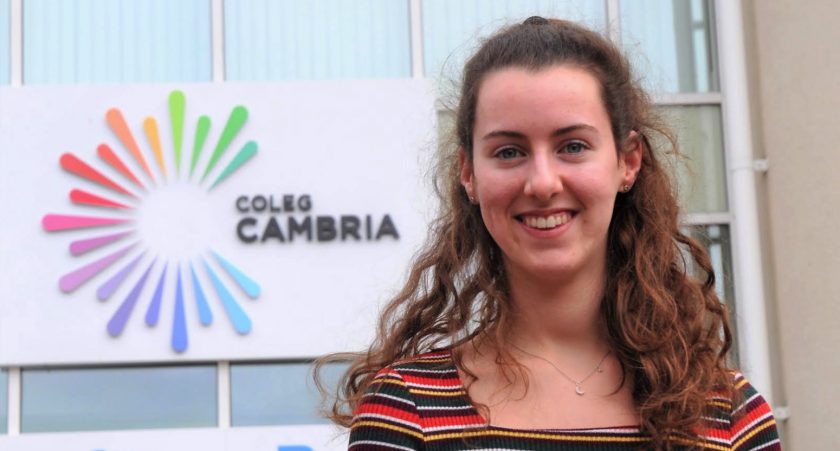 The college’s A level provision is in better health than ever, with 14 learners from Yale in Wrexham and Deeside Sixth Form Centre offered places to study Medicine, Dentistry and Veterinary Science this September.

The news comes after seven students were successful in applying to Oxford and Cambridge universities.

“Over the past few years we have developed our courses and worked closely with both the students and universities to match what we do here at the college with their degrees and admission process,” said Ms Richardson.

“We have raised aspirations and given advice on where best to apply, to become more competitive and focus on the right areas to ensure they are given the best chance of success.

“Everything from mirroring the entrance interview to looking at personal statements has played a part, so I’m thrilled we are now seeing an improvement year on year.”

She added: “I’m so very proud of them for their attitudes and the effort they have put in academically.

“We guide and support them, providing opportunities and a platform to get there – especially in terms of our amazing facilities – but ultimately they have shown incredible focus and deserve this result.”

The 18 year-old, a keen pianist, was thrilled but surprised to receive so many positive responses.

“I really didn’t expect it, so now I’m working hard to prepare and complete my A levels before making a decision on where I will go in September,” said Abbie, who is studying A levels in Biology, Chemistry, Maths and the Welsh Baccalaureate.

“I have an idea where I will choose but was really shocked to receive four offers, it’s a tough decision to make.

“I have to thank everyone at Yale for the support they’ve given me, they’ve been amazing since day one and played a big part in helping me get to this point.”

For more information on the wide range of courses available at Coleg Cambria, visit www.cambria.ac.uk