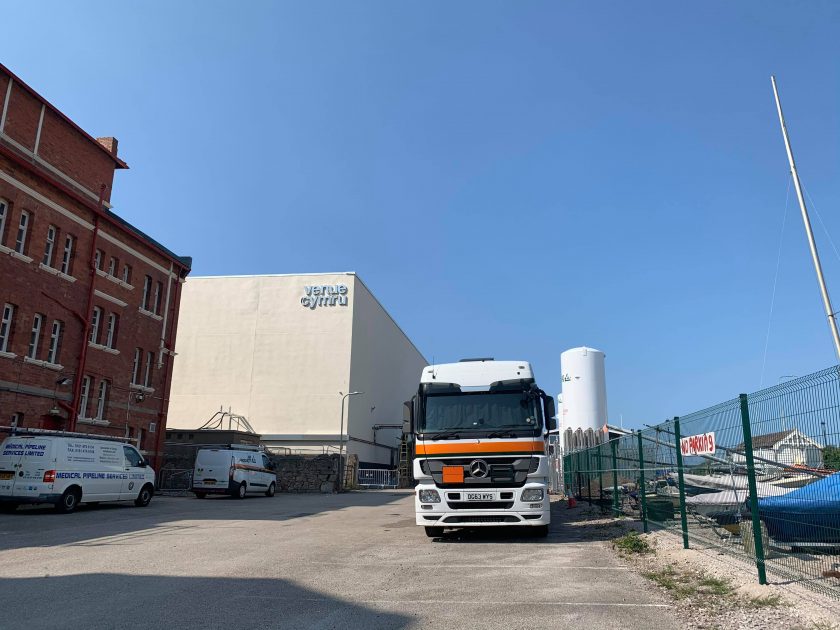 Preparations are underway at North Wales coronavirus field hospitals should there be a second wave of the virus in the region.

The news comes after two giant oxygen tanks were installed at the Ysbyty Enfys/Rainbow Hospital site at Venue Cymru, Llandudno.

It is understood the 20ft tanks would supply oxygen to patients recovering from the novel coronavirus strand if a second tranche of infections were to hit the area.

Patients receiving care in the temporary hospitals will not require intubation, where a tube attached to a ventilator is fed down the windpipe to aid breathing, but Betsi Cadwaladr University Health Board has set the facilities up with all other necessary equipment.

The temporary hospitals in Deeside, Bangor and Llandudno have been unused since their completion in April.

However, health bosses are determined to remain prepared as the easing of lockdown restrictions, especially in England, gathers pace.

BCUHB’s executive director of planning and performance, Mark Wilkinson, said: “We’re aware of the potential threat posed by a second wave of COVID19, and will remain prepared to manage that should the need for additional capacity arise.

“Temporary facilities will remain open for as long as we feel they may be needed to meet the health needs of people across North Wales.

“These decisions are made in collaboration with our partners across North Wales, and we remain extremely grateful for their ongoing support.”

Mr Wilkinson said the board is continuing the work to resume normal services for patients, which has been “put on hold” because of the pandemic.

He added: “We will share information on any role our temporary hospitals will play as and when any further decisions are made.”

Large oxygen tanks were not, originally installed at the Venue Cymru site because there were fears the gas couldn’t be purchased in large enough quantities. 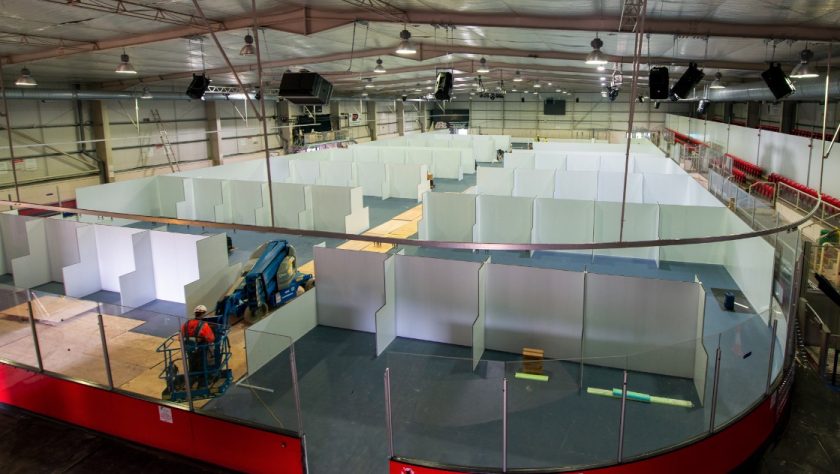 Rainbow Hospital Deeside, also known as Ysbyty Enfys Glannau Dyfrdwy, hasn’t been used since it was completed, the hospital is reported to have cost nearly £14m to construct at Deeside Leisure Centre.

The Local Democracy Reporting service (LDRS) was told at the time the hospitals were set up that oxygen was being brought to site in canisters, to be hooked up as needed.

A team from Conwy county council remains ready to be drafted in to facilitate 24/7 operation of the building if needed, including use of the kitchens.

England has relaxed restrictions on citizens to a greater degree than Wales, where First Minister Mark Drakeford has refused to relax the two metre social distancing guidelines.

Prime Minister Boris Johnson has told the public to keep two metres apart “where possible” but, where it isn’t, to wear a mask.

Pubs in England will be able to reopen on July 4, but Welsh drinkers will have to wait a little longer – although non-essential shops re-opened in Wales this week.

On Monday schools can reopen in a staggered fashion for four weeks, said Welsh Government.

On Tuesday a consultant in acute respiratory medicine said how seeing large crowds heading to shops in England had “terrified” him.

Dr Chris Subbe, based at Ysbyty Gwynedd in Bangor said the only thing “reliably protecting us” from the virus was “social distancing”.

“Everything else is gambling,” he added.