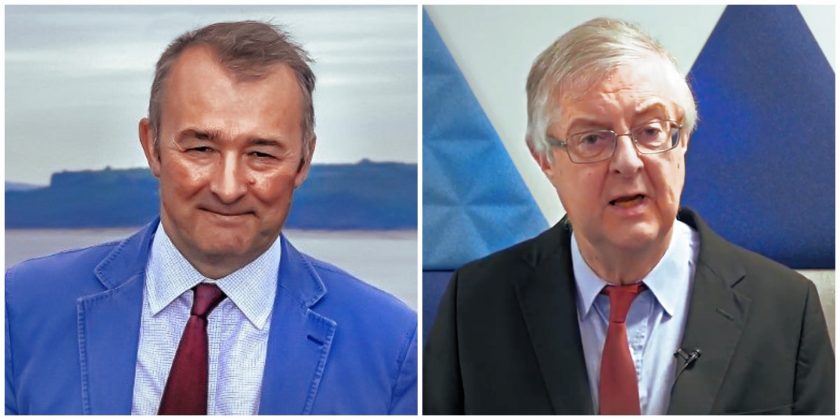 Updated: Speculation has grown that a possible tiered approach in Wales – similar to that which will begin in England on December 2 – could be introduced however the first minister appears to have dismissed this.

He said: “We’re convinced by the advice that we had seen, that a single set of national measures across Wales, is the most effective way of us being able to communicate what we are asking of people in Wales, making it easier for people to know the rules and to follow them.”

Earlier report: Ministers in Wales are in discussions on as to whether tighter Covid restrictions should be introduced before Christmas.

The cabinet has held a number of meetings over the past two days to discuss what measures could be introduced ahead of the festive period, in a bid to curb a rise in COVID-19 infection rates.

It’s understood an announcement on a possible tiered approach in Wales – similar to that which will begin in England on December 2 – could be announced on Monday.

Health Minister has said Cabinet is meeting today, with it appearing the main announcement on Monday rather than today. https://t.co/jeL6HKPUMB

During an appearance on BBC’s Question Time on Thursday evening, health minister Vaughan Gething was asked if further measures are being considered in Wales ahead of the Christmas period.

He said: “It’s entirely possible…. if we don’t do something we will witness and stand by while people are coming to harm and we can’t do that.”

“I’ve already indicated at the start of this week we’re looking at the potential for different national measures.”

“I always said, as the First Minister did going into the firebreak we hope to get to the end of the year, but if case numbers move in the wrong direction we may have to do something different.”

“The cabinet will meet again during the day tomorrow (friday) and we will have some decisions to make.”

Yesterday people in neighbouring Cheshire and the Wirral were told they will placed under the second highest alert level of England’s new tiered system.

Most of England will be under Tier 2 or 3 while the Isles of Scilly and Isle of Wight are in Tier 1.

Simon Hart has written to the first minister, in his letter he said: “I welcome your comments in recent days that there should be a common UK-wide approach to COVID-19 restrictions across the UK.”

“On Monday the Prime Minister announced that, on 2 December, the Government will replace the current national restrictions in England with a regionally-differentiated, tiered approach.”

“This will enable the Government to target the toughest measures in areas where COVID-19 is most prevalent or where we are seeing sharper increases in the rate of infection.”

“You are, of course, keeping restrictions in Wales under continuous review, and I am aware that you are set to announce the next stage of restrictions in the coming days.”

“I would welcome serious consideration being given to adopting a regionally-differentiated, tiered approach, which would bring Wales into alignment with the restrictions being implemented in England and Scotland.”

“As well as providing clear messaging to the public and businesses, particularly those residing in communities along the border, a regionally-differentiated, tiered approach would target restrictions more precisely at areas of higher incidence and result in better implementation of UK Government support packages.”